Even though less than 3% of Texas cattle owners voted for the program.

Unfortunately, the results were in favor of creating a state Checkoff and doubling the tax that cattle owners pay when they sell their animals. Click here to view the results from the Texas Department of Agriculture.

The other side, of course, has pointed to the fact that approximately 2/3 of the people who voted were in favor of the Checkoff. But what do the numbers really say?

Anyone who owned a cow in the year preceding the vote was eligible to vote in the election. According to the last Agricultural Census, there were 151,362 farms in Texas with cattle. The census excludes anyone with less than $1,000 in annual sales, so an unknown additional number of small-scale cattle owners were also eligible to vote.

Only about 7,000 people voted in the election, with about 4,700 voting in favor of the Checkoff. 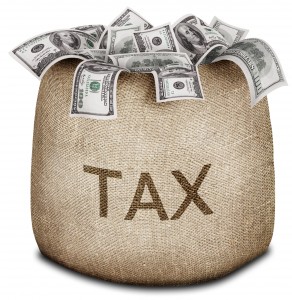 This means that less than 3% of the cattle owners in Texas have now imposed a tax on every cattle owner in the State, to pay for advertising programs that ultimately benefit large-scale producer, feedlots, meat packers, and grocery stores.

What these numbers really show is that the Texas Beef Council did an extraordinarily bad job in establishing the rules for the election and getting the word out. Remember that the Beef Council collected over $11 million through the federal Checkoff last year, half of which it kept (the other half going to the federal program). Now, it will be able to collect twice as much.

Although we have lost this battle, we raised our voice and made it clear that there are cattle owners who did not agree with the referendum.

This is why it’s critical for more of our farm, ranch, and local food communities to make their voices heard, whether it’s by voting, calling your legislators, or even by spreading the word to others. Only by strengthening our voice will we be able to make a stronger impact on local, state, and federal policy.

If you have any questions, please feel free to contact us at info@farmandranchfreedom.org or (254) 697-2661.