As autumn sets in, state legislators turn their attention to the bills they will champion in the coming year. Thanks to our Texas members, FARFA is positioned to lobby the Texas Legislature extensively, and we have a full plate of bills planned for 2017.

We’ve made progress on gaining backing – and sponsors – on our proposals, so this is the latest on where each of those bills stand.

Although Texas law provides for “agricultural valuation” of land used primarily for raising food, many farmers across the state have experienced problems in qualifying for such valuation due to bias against sustainable farming methods, urban farms, and produce farmers. This has meant that small, sustainable farmers have often paid thousands of dollars in additional taxes – a significant burden for these small businesses that provide food for local communities.

In 2015, the bill passed the House with a strong vote, but then it died in the Senate. The main problem was the counties’ claims of significant lost revenue, which we believe were overblown.

In addition, existing law requires that land be used primarily for agriculture for at least 5 years before it can qualify for agricultural valuation. This waiting period poses a challenge for any farmer who purchases land that is not already in agricultural use, and it is a particular burden on young beginning farmers who often struggle to raise the capital to buy land in the first place. Veterans seeking to transition from the military to farming also often struggle with initial capitalization. FARFA is talking with potential sponsors for a bill to reduce the qualifying period for agricultural valuation to one year for young beginning farmers and veterans. 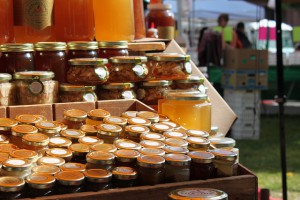 Prior to 2011, it was illegal for anyone to sell food that they prepared in their homes. In 2011 and 2013, the Texas Legislature adopted and then broadened a “cottage food law” legalizing the sale of specific non-potentially hazardous foods, at specific locations, directly to consumers. A 2014 news article estimated that over a thousand new businesses had been established as a result of the cottage food law.

While the cottage food law was an important breakthrough for home-based food businesses, the restrictions on what can be produced and where the food can be sold limit the law’s usefulness for many farmers and food producers. In particular, cottage food producers are not allowed to sell to stores that are interested in their products, nor make perishable baked goods. Vegetable farmers are also limited by the exclusion of most canned and fermented foods from the law.

Last session, FARFA worked with Rep. Rodriguez on a “Home Processors’ Bill” that would allow the sale of more types of foods at more locations, with reasonable, scale-sensitive sanitation requirements. This law would be a stand-alone option, not a replacement or amendment to the existing cottage food law. The bill never even got a Committee hearing, so we’re working to have it filed early this session and hit the ground running.

Licensed farmers can legally sell raw milk in Texas, but sales are limited to on-the-farm. This restriction does not increase the safety of the product, but rather places unnecessary burdens on farmers and consumers. Farmers who invest significant resources to become licensed face unfair limitations. Consumers who want unprocessed food must expend significant time, gas, and money on long weekly drives.

For three sessions, we have worked on a bill to remove this unnecessary restriction, while preserving the direct-to-consumer transaction between farmers and consumers through sales at farmers’ markets and by delivery. Last session, the bill was approved by the House by a vote of 122 yeas to 14 nays, only to die in the Senate. This session, Representative Dan Flynn has agreed to re-file it, and soon-to-be Senator Bryan Hughes will file a Senate version of the bill, allowing us to push the bill forward in both chambers in parallel. Each session, we have moved closer to success with this bill, and we are determined to make it this time! 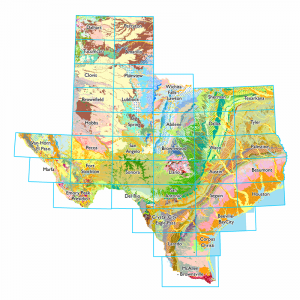 Water is one of the hottest political topics in Texas. Last session, we fought attempts to create a “water grid” that would have smoothed the way for ever-increasing large transfers of water from rural communities to urban – ultimately hurting all Texans.

Average residential water usage ranges from 60 gallons to over 300 gallons per person per day in different cities in Texas. Many Texans could easily cut their water usage in half – or much lower – without any real hardship. Are perfect green lawns important enough to drain aquifers and destroy the future of rural communities and local food? Shouldn’t we focus on conservation before we start shipping water all over the state?

The current system for regulating water is far from perfect. The local groundwater conservation districts often lack the resources or political authority to do their job well. But the so-called solutions that many legislators are proposing – to centralize control at the state level, or further restrict what the local districts can take into consideration in approving or denying permits – would make the situation much worse.

We must ensure that water is available for food production, now and in the future. Rural communities depend on farms and ranches as the backbone of the economy; if these local businesses are destroyed through lack of affordable water access, the entire community suffers. Moreover, the loss of these businesses will have impacts beyond their local communities, as Texas will become ever more dependent on other states and even other countries for another basic necessity: our food supply. Failing to protect agricultural water supplies for the future would mean Texas will become less independent and food secure.
Prioritizing agriculture in water policy has additional benefits. Well-managed grazing and agricultural lands can play an important role in water conservation, aquifer recharge, and water quality for all water users.

FARFA is not proposing its own bill this session, but will monitor the many water-related bills that will undoubtedly be introduced. We will advocate for:

It is vital that legislators hear from their constituents on all of these issues.  Your voice truly does matter.  Far too many people have become apathetic about our government, which is a problem – but it is also an opportunity. Since legislators hear from relatively few voters, the people who DO speak up can really have an impact.  Please take the time to find out who your State Representative and Senator are, and call them. Take five minutes now to introduce yourself and explain why supporting sustainable, local agriculture is important to you. Then, when you call during the session to support or oppose bills, they’ll know who you are.