A broad range of family farm and local food proponents, progressive groups and tea partiers, advocates for labor, the environment, and national sovereignty, and more, had planned a massive call-in effort this week to fight against the Obama Administration’s last-ditch effort to pass the Trans-Pacific Partnership during the lame duck session – and it appears that we have won without needing this final push! 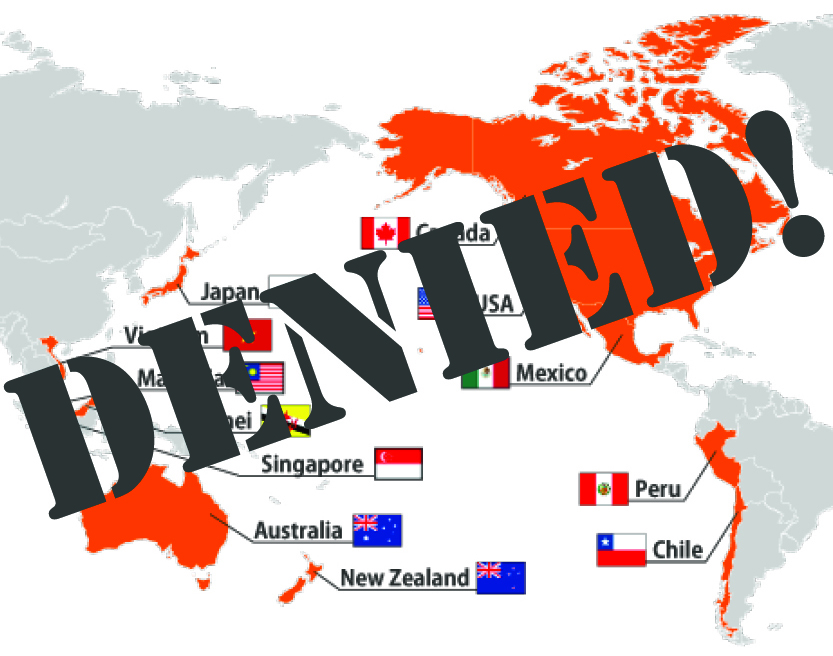 Today Rep. Rosa DeLauro (D-CT) and other TPP opponents within Congress held a press conference to discuss the end of the trade partnership and what that means for the future of international trade. And late last week, Senate Majority Leader Mitch McConnell (R-KY) and House Speaker Paul Ryan (R-WI) separately announced that no action would be taken within either House to push a vote on the TPP.  While President Obama has not publicly conceded, it is apparent that the deal is dead for now.

The grassroots opposition to the TPP can be traced back to June 2010, when advocates for small farmers, labor, consumers, and other movements began to raise concerns about the secretive negotiations.

For five years, millions of people in this country and in other TPP nations fought against this corporate power grab. The TPP was an attack on our sovereignty, promising profits for large corporations at the expense of average citizens.

Despite the public opposition, President Obama concluded negotiations and signed the TPP early this year. But the opposition kept the agreement from being sent to Congress for approval. Even the President admitted that he could not garner the votes for it, except perhaps after Election Day, when members of Congress might assume their constituents had short attention spans and would no longer care. Trump’s election, with his outspoken opposition to the TPP, put the nail in the coffin for the TPP … a coffin built by millions of people from all walks of life over the last five years.

While we can declare victory, the war is not over.  Many of those who pushed for the TPP – corporations, elected officials, and lobbyists – remain in positions of power and influence.  We must work to develop a fair trade policy, one that promotes economic interests and that respects the right of the people in each country to set their own rules for farming and much more.

“People power” beat the combined forces of K Street, Wall Street, agribusiness, big oil, and more.  We have proven that there is great strength in our numbers, and all of us need to remain at-the-ready for the battles ahead.