The Republican and Democratic parties held their primaries on March 2, but in about 50 races, no candidate won a clear majority. So, there will be runoff elections on May 24, with early voting starting Monday, May 16. The winner of each runoff will face the other major party nominee in that race, as well as possible third party or independent candidates, in November. 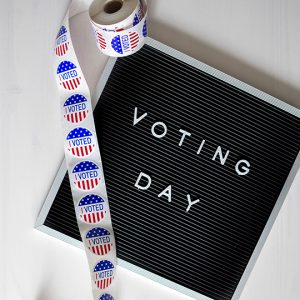 If you voted in a party primary in March, you can vote only in that same party’s runoff in May. Voters who didn’t cast a ballot in the primary can vote in either party’s runoff this month. So, get to the polls!

Prior to the March primaries, FARFA sent a questionnaire to all the candidates for the Texas State Legislature. Eighty candidates, from all over the state, responded! While some of the responses were a little noncommittal, most of them gave solid, substantive answers, both where they agreed and where they disagreed with FARFA’s platform. We posted the responses on our website, and hope they were useful to all our members in the primaries.

We have now updated the spreadsheet of candidate responses, to remove those who lost in the primaries and to highlight those who are on the ballot in runoffs on May 24: Ruben Cortez (Dist. 37), Patrick McGuinness (Dist. 52), Paul Chabot (Dist. 61), Eric Bowlin (Dist. 70), Barron Casteel (Dist. 73), David Glasheen (Dist. 84), Nate Schatzline (Dist. 93), and Jolanda Jones (Dist. 147). Please note that we have not endorsed any of these candidates, but we encourage you to check out what they said about small farm concerns!

In addition, we sent a questionnaire to the four candidates who are in runoff races for Texas Land Commissioner, which is a statewide office. Jay Kleberg (D) was the only one to respond, and we have posted his responses, as well.

See all of the March 2 primary results: https://apps.texastribune.org/features/2022/texas-election-results-2022-primary/

More information about the May 24 runoffs: https://apps.texastribune.org/features/2022/texas-runoff-2022-ballot-may-24/

Thanks to gerrymandering, a large majority of elections are now effectively decided during the primaries. The lack of competitive general election races is a very serious problem that underlies much of the dysfunction we see in our government. FARFA supports efforts to reform that system.

In the meantime, we work to make a difference within the system that we have right now. Consider that both these things can be true: (1) It matters who is in office, and (2) you can find ways to work with whomever is in office. Civic engagement starts at the ballot box and continues throughout the year.