It’s time for the Texas Primary Elections! Early voting begins on February 16 and runs through February 26. Election Day is on March 1, 2016

As you will see, FARFA is only endorsing two candidates in the primaries (one Democrat and one Republican). Obviously, this is not a comprehensive list of good candidates! We decided to endorse in these two specific races because they are hotly contested and there is a candidate with a strong record on our issues. We want to also recognize some of the legislators who were local food champions last session.

Huey Fischer for State Representative for District 49 in Austin 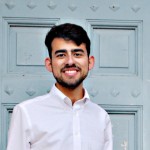 FARFA endorses Huey Fischer in the Democratic Primary for House District 49, which was previously held by Representative Naishtat.

Huey has served as a policy analyst and legislative staffer for several sessions at the Texas Legislature. In the 2015 session, he played an important role in working on bills to support urban farms and local food production. In particular, Huey devoted significant time and effort to bills to reduce property taxes on urban farmers and regulatory burdens on small-scale food businesses.  These measures are important for reducing costs for producers — and ultimately making local food more available and accessible to consumers.

Huey remained involved after the session ended, demonstrating his commitment to the long-term changes needed to support local food production and access. 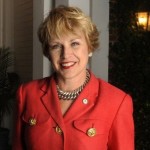 FARFA endorses Susan King in the Republican primary for Senate District 24, which was previously held by Senator Troy Fraser.

In her tenure are a State Representative, Susan King has been a strong advocate for local food bills. As a member of the House Public Health Committee, Representative King was an outspoken supporter during the Committee discussions on raw milk, cottage foods, and other local foods bills.

Susan King has authored and passed two important local food bills. In 2013, she authored the “DSHS Better Communications Act,” which requires the Texas Department of State Health Services (DSHS) to respond promptly to inquiries about food laws and protects producers from inconsistent actions by inspectors. In 2015, Susan authored HB 1846, which requires DSHS to publish on its website any cooperative agreements with the FDA to implement new federal food safety regulations, creating transparency and accountability in how our state agency implements new federal requirements.

Susan King has also spoken up for farmers’ access to water. In a recent water forum, every other candidate for the Senate seat supported raising the rates that farmers pay for water, so that farmers would pay the same rates as cities and commercial users – an approach that essentially says that green lawns and golf courses are just as important as food. Susan King was the lone candidate to point out that water is necessary for food, and that raising water rates for farmers not only hurts the farmers, but ultimately the consumers as well.

It’s very important that we have strong allies in the Legislature! In addition to considering voting for these candidates, we encourage you to:

2) Volunteer your time. You can contact the campaigns through their websites and volunteer to help.

Legislators of both parties were champions for our farms and local foods in the 2015 session: