Tell your legislators to end Texas Department of Ag overreach!

While several of our bills are making good progress in the Texas Legislature (see the bill updates here), two of them are in trouble. If we don’t get committee hearings on these bills soon, they will die. Please help us kick off this week with a strong push for the bill to protect produce farms! 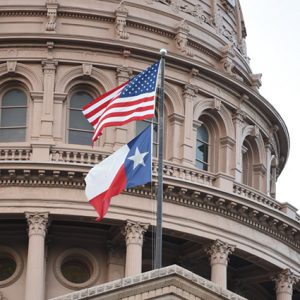 The Texas Department of Agriculture (TDA) is inspecting small produce farms under the guise of implementing the federal Food Safety Modernization Act – even though these small farms are exempt under the federal rule! TDA is claiming authority to enter any produce farm at any time, and has created new, subjective standards under which the farms can be shut down without warning.

The Texas Legislature is considering a pair of bills – HB 2397 / SB 1376 – to put a stop to this.  The bills would limit TDA to implementing the federal rule and no more. No more inspecting exempt farms, no more creating different standards, no more harassment.

But while the bills have bipartisan support, the House and Senate Agriculture Committees have yet to schedule hearings on them, and time is running short.

Please help us get these important bills passed!

Getting more co-sponsors is one of the best ways to create pressure to get committee hearings on these bills.

Each call takes about a minute, and it truly makes a difference.

Find out who represents you.

I am a [small farmer, a consumer who buys from local farms, … however you want to describe yourself]. I am opposed to the Texas Department of Agriculture’s overreach in implementing the federal food safety rule. No other state is physically inspecting exempt farms, and neither is the FDA. Texas should not create more burdens for small farms than the federal government does!

HB 2397 / SB 1376 simply brings TDA in line with the federal rule and prevents Texas small farmers from being unnecessarily harassed by the agency.

I ask that my Representative [or Senator] sign on to the bill and do everything they can to help it move forward this session.”

If you have time, ask for the email address for the staffer who is handling agriculture bills, and follow up with an email to them after your call. Politely let them know how important protecting small farms is to you! They are working very long hours right now, so keep your call and email short and to the point.

If your State Representative or Senator is on the Ag Committee (see the list below), it’s even more important that they hear from you and from others in your district!

If you want to read more about the bill, read FARFA’s fact sheet on TDA’s overreach.

Legislators want to hear from the people they represent … and when committee members hear from their constituents, it can have a major impact! If you live in any of the districts below, it is vital that you call your legislator and urge them to support HB 2397 / SB 1376 and help it move through the committee – and then share this information with your friends and family who also live in the district and urge them to call as well!

The list below includes the areas the legislators represent. You can also look up who represents you.

Chair: Charles Perry
Represents: From Plainview down to San Angelo and many counties to the east and west (see the District map).
Charles.Perry@senate.texas.gov
512-463-0128

Nathan Johnson (Senator Johnson has already signed on to SB 1376, so just say “thank you!” if he is your Senator)
Represents: Part of Dallas County
Nathan.Johnson@senate.texas.gov
512-463-0116

John Cyrier (Rep. Cyrier is already a joint author to the bill, so if he is your Rep, please tell him “thank you!”)
Represents: Bastrop, Caldwell, Gonzales, Karnes, and Lee counties.
John.Cyrier@house.texas.gov
512-463-0682