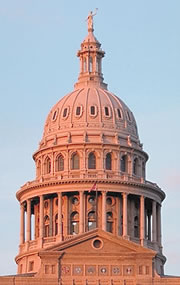 There are less than 3 weeks left in the legislative session – the flood of email action alerts will end soon! To everyone who has read our alerts, made phone calls, sent emails, or appeared at the Capitol alongside us, thank you for speaking up for local food and sustainable agriculture.

Whatever bills pass or die this session, we are making an important long-term impact from having a presence at the Capitol and letting legislators know we are paying attention and engaged. Building power in politics can be done with lots of money — or it can be done with people and time. Thank you for helping to build the strength of our movement!

The update on all the bills we’ve been working on (either in support or in opposition), as of May 9, 2017:

Because the House is moving so slowly, the bad feedlot bill (HB 1643), still hasn’t been voted on even though it was scheduled for Saturday. Most of the legislative staffers favored the bill initially because it “protected businesses from drones invading their privacy and causing problems” – but once we explained the real issues, many of the staffers flipped their position. Now it’s up to the legislators to decide when the bill goes to the floor, either late tonight or tomorrow.

The Young Farmers & Military Veterans bill (SB 330/ HB 950) is still waiting for a vote by the House Agriculture Committee.  The Committee will meet tomorrow morning.  Since the bill passed the Senate already, this isn’t the bill’s last chance yet … but that “last-chance” moment is coming quickly. Please take a moment and call your State Representative to urge his or her support for SB 330/HB 950.  Even if you have called before, it’s worth calling again – with the hundreds of bills sitting on their desks, it’s hard to get their attention! (CLICK TO TAKE ACTION)

The Senate Health & Human Services Committee will meet tomorrow morning. The raw milk bill, SB 95, was left pending, so this will be the moment of truth. We polled the Committee members today, and a majority plan to vote for the bill – if Chairman Schwertner allows it to come to a vote.

Unfortunately, the hemp bill is dead. All House bills had to be scheduled for a vote by this Thursday, and the Calendars Committee did not put HB 3587 on the schedule for this week.

The backyard poultry bill, SB 1620, has some renewed prospects. After passing the Senate, it spent several weeks just sitting in the House, but it has finally been assigned to the Urban Affairs Committee. Stay tuned for how to take action. 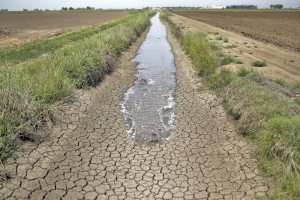 At this point, most of the dozens of water-related bills, both good and bad, filed this session have died. But a few key ones are moving: 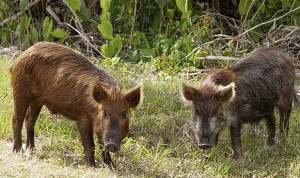 HB 3451, which would require an independent study to be conducted before any poison is approved for killing feral hogs, has passed the House and was heard by the Senate Agriculture Committee last night. The hearing was almost amusing, in an ironic way.  Never before have Agribusiness groups expressed so much admiration and confidence in the EPA. Groups like Farm Bureau and the Corn Growers opposed this bill (and supported the use of this poison that could harm hunters and other farmers) on the grounds that they were certain EPA had carefully, thoroughly vetted it before approving its use. One Farm Bureau witness even argued against the bill on the grounds that feral hogs pose a problem for endangered species, so it’s vital to take action – almost certainly the first time Farm Bureau has urged that agricultural policy be set based on endangered species concerns.

And that brings us to SB 1172, the bill that strips local control of seeds & sprays. The same Agribusiness groups that are fighting against independent review of warfarin (the feral hog poison) want to strip away any ability of local governments to regulate GMO seeds, bee-killing seed coatings, herbicides, pesticides, fertilizers, or anything else involved in “cultivating plants.” The bill has already passed the Senate and was approved by the House Agriculture Committee. But it’s stalled out for now in the Calendars Committee! With the big money interests (including Dow and DuPont, in addition to the Agribusiness groups) supporting it, it will be hard to keep the bill from being scheduled for a vote, but the delay so far is encouraging. Here’s how you can help: