Update: HB 1643 has passed the House and is on the Senate’s schedule for Wednesday, May 24 – the last day bills can be voted on.  We need to stop it TODAY.

What does this mean? 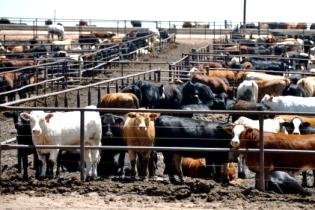 Help us stop this new variation on the Ag-gag laws!

But HB 1643 would mean that, instead of facing fines, people who take drone pictures of CAFOs could go to jail.

CAFO operators are worried that drones will uncover problems that they don’t want the public to know about: http://www.progressivedairy.com/news/industry-news/drone-wars-what-s-the-law-on-shooting-trespassing-drones

Because here’s the real kicker: HB 1643 would block any academic research of CAFOs that uses drones. Less than two years ago, Texas Tech released research showing the antibiotic-resistant bacteria were 4,000% higher in the dust downwind of CAFOs than in the dust upwind of these facilities. And just last week a federal appeals court noted that “people have become seriously ill and even died” from emissions when CAFOs agitate their manure lagoons.

Call or email your State Senator to urge him or her to oppose HB 1643.  Since this is the last day for bills to be voted on, the Senators are very stressed – a short, clear message is best.

You can find out who your State Senator is by going to www.fyi.legis.state.tx.us  or calling the Texas Capitol Switchboard at 512-463-4630.

“I am calling to urge my Senator to vote NO on HB 1643, which would ban flying drones over animal feeding operations. Feedlots should not get special protection, and academic research of them should not get cut off.”

Note: HB 1643 has been amended to also list telecommunications towers and oil & gas drilling sites as critical infrastructure.  FARFA does not take a position on these new topics — but the sheer scope of the “critical infrastructure” list, with those items added, would now make large parts of the state effectively no-fly zones.

If you prefer email, your Senator’s email address is FirstName.LastName@senate.texas.gov.  Use the subject line “vote NO on HB 1643”