(January 2016):  Last fall, the World Trade Organization (WTO) held that the U.S. could be subject to up to $1 billion in trade penalties simply because our law requires that meat be labeled with the country where it came from. According to the WTO,  Americans have no right to know where their food comes from.

Within days, Congress bowed to the threat from the WTO and repealed Country of Origin Labeling on beef and pork.

How many times does this have to happen before we learn a lesson? COOL, dolphin-safe tuna labels, and so much more have been attacked due to international trade agreements. Twenty of years of so-called free trade agreements have given us millions of lost jobs and an economy that benefits huge corporations at everyone else’s expense.

Now, the President is asking Congress to approve the latest – and worst – deal: the Trans-Pacific Trade Partnership.

This two thousand page document would set the rules for all the countries in it – including the U.S. – on issues such as agriculture, food, intellectual property and patents, banking, and more. The agreement gives international corporations the ability to trump properly enacted domestic laws by attacking them as supposed trade barriers.

It’s time for Congress to stand up for American farmers, workers, and consumers. Call your U.S. Representatives and Senators and tell them to reject the TPP! 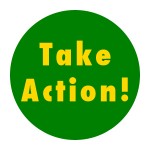 During the fight on Fast Track, many promises were made that the TPP would provide protections for American farmers, workers, and consumers. Those promises were not kept. The final text of the TPP includes provisions that will undermine democratically enacted laws on food safety, GMO labeling, and much more.

Any benefit from reductions in tariffs is undermined by the failure to address currency manipulation. A few businesses may benefit, but the majority of American businesses and workers will be the losers, just as we have been under NAFTA, CAFTA, and the U.S.-Korean agreements.

For more information about the TPP, see our fact sheet at https://farmandranchfreedom.org/tpp-fact-sheet-2015. You can download a pdf version to email your legislators as a follow-up to your call.

The text of the TPP is available at https://medium.com/the-trans-pacific-partnership/table-of-contents-83d9de8d01b5

If your Representative voted NO on Fast Track, that’s a good sign – be sure to thank him or her and urge them to stand firm against the TPP.

If your Representative voted YES on Fast Track, you really need to work on them!

You can see how your Rep voted at http://clerk.house.gov/evs/2015/roll374.xml (remember: on Fast Track, a NO vote was what we wanted because Fast Track allowed the TPP to move forward with very little debate and no amendments)

The most important thing you can do is to call your U.S. Representative and both Senators.

For Texans, there are some key districts that we are focused on. If you know people who live in the following districts, please make an extra effort to share this alert with them and encourage them to call!

Legislators who voted NO on Fast Track: thank them and urge them to stand firm against the TPP:

Legislators who voted YES on Fast Track: tell them they need to read the entire TPP because it does not fulfill the promises that were made – and then vote NO on the TPP!