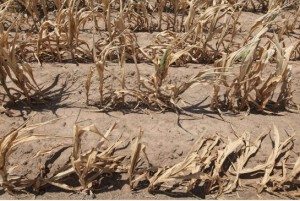 SB 1392 has so many bad provisions that it’s hard to know where to start, but here are a few of them:

Where will this bill leave us? Pump groundwater, ship it around the state to the highest bidder, and hope that some technology appears that saves us from a disaster before the aquifers are completely drained. And in the meantime, don’t worry about destroying rural communities, including the farms that supply our local food.

SB 1392 has been scheduled for a committee hearing on April 10, and the Committee Chair, Senator Charles Perry, is also author of the bill. It is extremely difficult to stop a Chairman’s bill from moving forward, as you saw last month when we tried to stop Perry’s bad seed and sprays bill.  But, with your help, we succeeded in stopping his massive water transfer bill last session, in 2015. Together, we can do it again.

TAKE ACTION #1: Come to the hearing

(NOTE: As of 5/3/2017, SB 1392 remains pending in committee. Thank you to all who attended the hearing or registered as witnesses!)

Can you come to the Capitol for just 15 minutes on Monday afternoon, April 10, between 1 p.m. and 5 p.m.? That’s all the time it takes to register in opposition to a bill – and it truly makes a difference. The Senators look at the witness list, both in committee and on the floor, to see how many people supported or opposed the bill.

You don’t have to stay and testify in order to be listed as a witness – you just have to be at the Capitol in person for that brief window of time in order to register. See the details on how to register, below.

As an added bonus, if you come to the Capitol to register against SB 1392, you’ll also have the opportunity to register in support of one of the few good water bills that is being heard this session, HB 3166.  This bill requires the Texas Water Development Board to determine the maximum amount of groundwater that can be pumped from each aquifer in perpetuity — a vital piece of information that needs to be addressed! 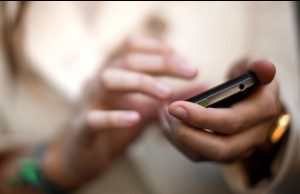 Call or email your State Senator and urge him or her to oppose SB 1392.

Remember that calls have the greatest impact! They can be very short, just a couple of minutes –    but they are invaluable in making it clear that this issue is important to you.

“Hi, my name is ___, and I am a constituent. I am calling to urge Senator ____ to OPPOSE SB 1392.  Water is not simply a commodity like any other. Water is a necessity for life, and for all economic activity. Groundwater conservation districts need to continue to prioritize conservation. The public’s interest in this vital resource needs to be considered, as do the social and economic impacts on the communities living above the aquifers.  I urge my Senator to oppose SB 1392.”

If you send an email, be sure to personalize it by explaining why this issue is important to you.  You can also check out the “More Information” section below for additional issues with the bill.

COMMITTEE HEARING DETAILS
WHERE: Room E1.012 This is on Floor E1 of the Capitol Extension. (View map here)

TIME:  2 p.m. or upon adjournment of the Senate. This means that we don’t know when the hearing will actually start —    most likely, late afternoon. The witness registration kiosks typically open one hour before the scheduled time, so you can register your opposition to the bills starting at 1 p.m..; the registration will stay open until the bills actually are heard.

PARKING: Parking is usually available at the Capitol Visitors Center, located between Trinity and San Jacinto Streets at 12th and 13th. (You can find a map and other options also listed here)

WHAT TO DO: Arrive at the Capitol between 1 and 5 p.m. (and possibly later  —    watch our Facebook page for updates), and register in opposition to SB 1392.

You’ll be listed on the witness list even if you leave right after that. The Senators’ list is important because when the bill goes to the full Senate after the hearing, the Representatives will look to see how many people were witnesses for or against the bill. Just 15 minutes can have an impact!

SIGNING IN: The Texas Legislature uses electronic witness affirmation forms which are available at registration kiosks located throughout the Capitol Extension. Take the elevator down to Floor E1, and walk down the main hallway about halfway. Turn right, down one of the side hallways, then turn again so that you are going parallel to the main hallway. You’ll see alcoves, where pay phones previously were located —    the kiosks are in there. (The right side holds kiosks for Senate registration – the left side is for House hearings.)

Be sure to take this information with you:

Position: AGAINST the bill.

To Support the Good Bill

While you’re at the Capitol, you can also sign in to support HB 3166, which would require the Water Development Board to figure out how much water can actually be pumped from an aquifer in perpetuity — in other words, how much pumping is sustainable.

The bill number: HB 3166 by Lucio III
The committee: House Natural Resources S/C on Special Water Districts
The time and location of the hearing: 2 p.m., Room JHR 140
Position: FOR  the bill
Not testifying (unless you have a specific story or concern that you want to speak about)

Here are some of the key problems with the bill:

This bill sacrifices our rural communities, our farms, and our children’s future in order to satisfy the interests of developers and water marketers who want unrestrained urban growth without having to worry about annoying conservation measures.