Agribusiness wins on the Continuing Resolution. But, with your help, we will be back for the next round!

Thank you to everyone who called your Senators, urging them to support the Tester Amendments to protect family farmers and remove the Agribusiness riders from the Continuing Resolution (CR).

Unfortunately, despite the hard work of many organizations and individuals, the Senate passed the CR with the Agribusiness riders still in it. The Senate leadership used a procedural mechanism to prevent the Tester Amendments from even being voted on.

Yesterday, the House passed the Senate’s version of the Continuing Resolution, and it will now go to the President for his signature. Since the CR must pass to prevent a government shutdown, there is no realistic chance to stop it. 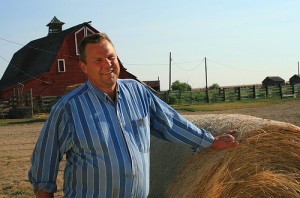 Senator Tester’s Amendments would have removed policy riders that favored the large biotech companies and meatpackers.

The first amendment would have removed an anti-competitive rider designed to protect meatpackers. The CR rider will stop implementation of the rules that were adopted after hundreds of farmer and consumer organizations worked to include provisions in the 2008 Farm Bill to protect farmers from unfair and deceptive practices by meatpacking and poultry companies.

Senator Tester’s second amendment would have removed a giveaway to genetically engineered seed companies that allows the continued planting of GMO crops even when a court of law has found they were approved illegally. This rider allows biotech companies to circumvent the few protections that currently exist against the introduction of untested GMO crops.

If you live in Montana, please be sure to thank Senator Tester for introducing both amendments! From California, New York, Vermont, Alaska or Connecticut, be sure to thank his co-sponsors on the GMO amendment: Senators Boxer, Gillibrand, Leahy, Begich and Blumenthal. And from Ohio, Vermont, West Virginia, and South Dakota, please thank Senators Brown, Leahy, Rockefeller and Johnson for co-sponsoring the amendment to strip the anti-competitive rider. (You can find contact information for all the Senators at www.senate.gov)

And stay tuned. The Continuing Resolution is only in effect for 6 months, so this is only a temporary loss. We will continue the fight to protect farmers from abuses by the mega-meatpackers and biotech companies!

You can learn more about GMOs and fair market issues on our website.

Though wrapped in a “farmer-friendly” package, the biotech rider is simply an industry ploy to continue to plant GMO crops even when a court of law has found they were approved illegally.

The provision is intended to force USDA to grant temporary permits and deregulations of GMO crops even if a Federal court rules that USDA hadn’t adequately considered the environmental or economic risks to farmers. This would negate any meaningful judicial review of USDA’s decisions to allow commercialization of GMO crops.

If a GMO crop approval was shown to violate the law and require further analysis of its harmful impacts (as several courts have concluded in recent years, for example with GMO alfalfa and GMO sugar beets) this provision would override any court-mandated caution and allow continued planting and commercialization while further review takes place.

The provision is completely unnecessary. No farmer has ever had his or her crops destroyed following such a court ruling. Every court to decide these issues has carefully weighed the interests of farmers, as is already required by law.

The anti-competitive rider deals with a law from the 1920s, the Packers and Stockyards Act (“PSA”), which was intended to provide protections against anti-competitive behavior in the livestock and poultry industries. In essence, the PSA was the Sherman Antitrust Act for agriculture. Although the PSA is a good statute, the USDA never properly implemented it. And that failure over the years has allowed large corporations to practice a variety of abusive, unfair, and deceptive practices that undermine the free market.

A coalition of family farmer, independent rancher, and consumer groups fought for a provision in the 2008 Farm Bill directing the USDA to issue implementing regulations under the PSA. And we won. But the fight wasn’t over. The big meatpackers managed to hamstring many of the proposed regulations. And now they want to completely eliminate the few protections we did get, leaving the meatpackers free to continue their abusive practices that hurt farmers.

Both of these riders benefit giant companies at the expense of family farmers and consumers.