Thank you to everyone who has already submitted comments to the FDA about genetically engineered (GE) salmon! The outcry has been loud enough that agency has extended the deadline for public comments an additional 60 days. Now we need to increase the pressure so that the approval isn’t just delayed, but stopped!

We now have until April 26, 2013 to submit comments to the FDA asking them to stop their mad rush to put GE salmon on our plates!

The GE salmon has been genetically altered to produce extra growth hormones, allowing it to grow faster and bigger than natural salmon. There are no independent studies on the salmon’s safety. FDA instead relied on the false assumption that GE foods are “equivalent” to natural foods, as well as data provided by the company that created, and stands to profit from, the GE salmon. At the same time, FDA ignored the concerns raised by thousands of Americans and dozens of legislators and scientists, including the National Oceanic and Atmospheric Administration (NOAA) and the U.S. Fish and Wildlife Service.

Please submit your comments to the FDA, urging it to halt approval of the GE salmon. Comments must be received by the FDA no later than April 26, 2013. 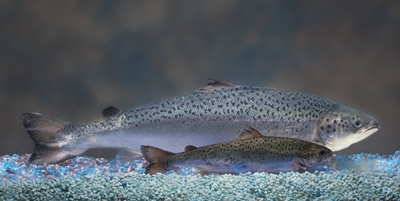