As you have probably heard, Bayer and Monsanto want to merge – creating the world’s largest Agribusiness company.  This massive company would have an unprecedented level of control over the vegetables we eat, the commodity crops that form the staples of most processed foods, and even the cotton we wear. 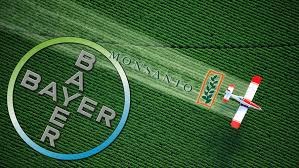 For farmers, this merger will have dramatic consequences for the price and availability of seeds.  The combined company will own the seed for about 70 percent of all US-grown cotton, along with the patented genetics for over 90 percent of all seed for corn, soybean, cotton, and canola. In addition, Bayer+Monsanto will be the world’s largest seed company for vegetables such as broccoli, green beans, carrots, and onions.

Farming and food organizations across the country are working to stop the Bayer-Monsanto merger, and we need your help!

There are three action items listed below, and each of them is important!  We’ve provided sample scripts to make it as easy as possible – but adding your own words will make an even greater impact.  Acting on all three requests should take no more than 15 minutes … and whatever you can do will help.

If you are a farmer, be sure to indicate that in the very beginning of your call or letter.

Texas:  Attorney General Paxton has an online contact form at https://www.texasattorneygeneral.gov/contact-form/, and we have more information posted at https://farmandranchfreedom.org/texans-oppose-monsanto-bayer-merger/

All other states: Simply do an online search with your state name and “attorney general.” Each AG’s website should have their contact information.

I’m calling to ask our Attorney General to join the federal investigation by the Department of Justice into the Bayer-Monsanto merger, which would allow one company to dominate US food production.

Farmers can barely make a living now, and this merger will make a bad situation even worse by increasing the prices farmers pay for seeds and other inputs. If this merger goes through, it is projected that the price of cotton seed could rise over 18 percent as a result, according to a study from Texas A&M University; and a combined Bayer-Monsanto would control 70 percent of the southeast cottonseed market.

This is being proposed in the midst of multiple mergers – between Monsanto and Bayer, Dow and DuPont, and Syngenta and ChemChina.  These mergers are inherently anti-competitive. Allowing these companies to merge will eliminate what’s left of head-to-head competition. It will become harder for new companies to enter the market, and independent seed companies will suffer when licensing costs increase.

The overwhelming majority of this $60 billion-dollar deal is being financed by debt. The only way this debt can be retired is by slashing research & development, firing employees and by raising prices of seeds and chemicals on the backs of family farmers.

It is my understanding that to date, several state Attorneys General have joined the federal antitrust investigation. It is vital that our state join these investigations to increase scrutiny of the deal, on behalf of both the farmers and consumers in our state.

[your name and address]

TAKE ACTION #2: Urge Your Members of Congress to Oppose the Merger

Please contact both of your U.S. Senators and your Representative, and urge them to take a strong stand against concentrated corporate powers and oppose the Bayer-Monsanto merger. While the Department of Justice will make the final decision, members of Congress are key influencers. Their opinion matters!

Call the Capitol switchboard at (202) 224-3121, give them your zip code, and asked to be connected to your legislators.  It’s three calls, but each one takes only a minute!

I’m calling to ask him/her to oppose the Bayer and Monsanto merger, which would allow one company to dominate US food production.

This merger would spell disaster for American farmers and consumers who will see food costs go up and innovation decline.

Again, I’m calling to ask him/her to oppose the Bayer and Monsanto merger.

TAKE ACTION #3: Share Your Concerns with the U.S. Department of Justice

Ultimately, it’s up to the U.S. Department of Justice (DOJ) to stop the Bayer-Monsanto merger. Please call the DOJ Comment Line at 202-353-1555 and share your concerns about the merger.

I’m calling to ask the DOJ to reject the proposed Bayer-Monsanto merger, which would allow one company to dominate US food production.

This merger would spell disaster for American farmers and consumers who will see food costs go up and innovation decline.  [Pick 2-3 of the additional talking points below]

Again, I’m calling ask the DOJ to stop the Bayer and Monsanto merger.

If this merger happens, Monsanto-Bayer will be:

The results will be bad for both farmers and consumers:

Looking more at the anti-trust issues:

The National Family Farm Coalition (of which FARFA is a member) has additional information about the merger on its website. READ MORE.

And Friends of the Earth, Open Markets, and Sum of Us just released their report on how this merger also would give Bayer-Monsanto a lock on technology-based agricultural services. READ MORE.