The Texas Legislature will soon consider a bill addressing local regulation of farming operations. The Farm and Ranch Freedom Alliance wants to hear from you in order to help shape our position on this issue.

“Right to farm” laws affect not only what farmers can do on their own property, but what rights their neighbors (both farmers and nonfarmers) and community have.  Read more to learn about the history and potential future expansion of the Right to Farm statute, as well as how you can provide your feedback via a short survey.

Texas already has a “right to farm” statute that was adopted in 1981. The existing law prevents neighbors from bringing a lawsuit for nuisance or trespass against any farm that has been in operation, and doing the complained-of activity, for at least one year prior to the date of the lawsuit. A nuisance claim involves claims that a person’s use and enjoyment of his or her own property has been damaged by another; common types of claims involve odors, dust, and noise. As interpreted by Texas courts, the law also prevents claims for trespass, such as when dust or seed is blown onto the neighbor’s property (although it has not been tested, this law may block claims by organic farmers for contamination of their crops by GMOs). 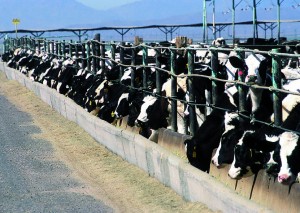 One of the major cases under the current law involved a dairy whose manure lagoons overflowed onto the neighbor’s property during heavy rains. The neighbor brought suit for both nuisance and trespass. The court found that the dairy had been in operation for at least one year prior to the lawsuit and that its manure storage practices had not changed, and dismissed both claims. The neighboring landowner was left with no recourse for the ongoing nuisance of having manure running across his property.  Furthermore, he was required to pay the dairy’s attorneys’ fees and related expenses for the lawsuit!

The existing right to farm also restricted local governments’ ability to regulate agricultural operations that were in existence at the time the statute was adopted in 1981.

You can read the existing law at www.statutes.legis.state.tx.us/Docs/AG/htm/AG.251.htm

The Texas Legislature is considering expanding the existing law to prevent not only neighbors’ suits, but to also prevent any regulation of “agricultural operations” by city or county governments. The bill as proposed would prevent any “interference” by local government with the raising of crops (including trees and vineyards) or animals. The language is ambiguous, but it would most likely be interpreted to prevent local regulation of such things as the spraying of pesticides or the placement of animal feedlots.

You can read the bill at www.capitol.state.tx.us/tlodocs/84R/billtext/html/HB00132I.htm

You can read the definition of agriculture that is referenced in the bill at www.statutes.legis.state.tx.us/Docs/AG/htm/AG.2.htm

The bill as written does not address local regulation of the processing or sale of food grown on the farm, agritourism, or any other farm-related activity beyond the simple growing of crops and animals. Local governments would still be able to restrict or ban on-farm events and classes, retail sales of food, and value-added activities.

The bill does not change the existing right to farm law, so neighbors would still be blocked from suing for nuisance or trespass by an agricultural operation.

If you are a farmer, rancher, or landowner, please take our online survey to share your views about these issues and help shape our advocacy on this bill: www.surveymonkey.com/s/texas-farms