I. The agency failed to address the risks from increased use of 2,4-D. 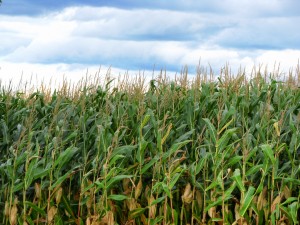 The USDA, while recognizing the 2,4-D has numerous health and environmental impacts, has failed to address the inevitable increase in its use that will occur if these crops are approved for commercial planting. According to the USDA’s own estimates, the approval of 2,4-D corn is likely to trigger a 600% increase in the amount of 2,4-D being sprayed in fields across the country; other estimates place it as high as a 2500% increase.

A. The rise of superweeds

One of the many results of the increased use of 2,4-D will be the rise and spread of weeds that are resistant to these herbicides, just as the widespread planting of Monsanto’s Roundup-Ready seeds has led to a rise in glyphosate-resistant weeds, which now cover more than 60 million acres of U.S. farmland. By implementing the use of the herbicide combinations allowed in these proposed regulations, USDA appears to support the development of more super weed species.

USDA’s draft Environmental Impact Statement states that it “must” approve new genetically engineered seeds if they are found to pose no “plant pest risk.” We disagree with this position; but even using this flawed standard, USDA should deny approval because these seeds do indeed pose such a risk. When used in practice by U.S. farmers, they will inevitably lead to significant plant pests in the form of herbicide tolerant super weeds.

B. The damage to other crops and farmers

2,4-D is an extremely volatile herbicide, which means that it can spread several miles away from the actual site of application. Given the anticipated widespread use, even a small percentage of 2,4-D applications leading to drift incidents will be sizeable, harming broadleaf plants.

2, 4-D will be very damaging to broadleaf plants in field borders, road right of ways, and wooded areas. These plants are important food and shelter sources of many types of wild pollinators. The
destruction of these broadleaf species of plants will have a devastating effect on the pollinators upon which we depend for pollination of many of our food crops. These plants and habitats are also home to a multitude of beneficial predatory insects, further impacting long-term sustainability of agriculture in this country.

II. USDA failed to address the other herbicides that will be used in connection with these seeds.

The Dow Chemical Company request for deregulation for 2, 4-D tolerant corn and soybean involves the use of two other groups of chemicals in addition to 2, 4-D. As stated in the EIS:

In other words, if these seeds are approved, it is likely that the use of triclopyr and fluroxpyr will
also increase. Fluroxypyr is marketed by Dow as Starane. Triclopyr is marketed as Garlon and is also contained in Crossbow. These are very potent and persistent broadleaf weed killers. Yet the agency’s EIS does not address the impact of the herbicides on other crops, the environment, or human health.

USDA should consider the broad range of harms that are likely to occur if these seeds are approved for commercial plantings and deny Dow AgroScience’s petition under the noxious weed provision of the Plant Protection Act. It is time for the agency to stop rubber stamping approaches that harm our farm ecosystems, the environment, farmer livelihoods, and human welfare, and instead hold companies responsible for seeking approaches that protect the longterm future of American agriculture.