With less than 30 days to go, the situation at the Legislature can change fast!

We’ve been telling you for weeks that our farmers’ market bill was in good shape and didn’t need your calls … but that has changed. At last week’s House Public Health Committee hearing, the City of Houston health department sent a witness to testify against it. He made many misleading statements that have muddied the waters and could hold the bill up – at a time when any delay is dangerous to the chances of it passing. 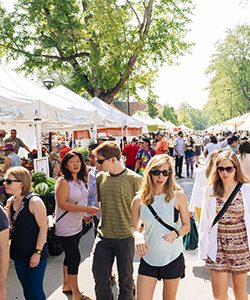 Background: Last session, we successfully worked to pass two bills to reduce the burdens on famers and other people selling food at farmers’ markets. The bills (1) limited the amount of permit fees that a local health department could charge, and provided that the permits were good for a full year (as opposed to having to renew every few weeks); and (2) established a set of reasonable requirements for providing samples of food to prospective customers, without having to pay for a second permit or do things like have 3-basin sinks in the farmers’ market booth.

Local health departments opposed both bills last session, but the Texas Legislature passed them with almost unanimous votes. And most jurisdictions have complied since.

But Harris County, Galveston County, and Smith County have not – they continue to charge excessive permit fees and require frequent renewals for some vendors. As their explanation, those 3 county health departments cite the use of the word “producer” that appears in the title of one of the law’s sections. They then refer to an old and obscure definition of “producer” from the state health department, of which the authors of the 2019 bill were unaware. That definition limits the word to mean “farmers” only, which even in its original context makes no sense.

Their arguments are weak legally, but a lawsuit to challenge them would be expensive and cost the small businesses involved even more than the permit fees.

The issue is obviously important to the farmers’ market vendors in those counties. But it extends beyond that – because if these jurisdictions keep charging excessive fees, then it’s likely that other jurisdictions may revert to that as well.

So, we asked Senator Kolkhorst and Representative Wilson to file a clean-up bill this session to provide a legislative definition of “producer.” The Senate version, SB 617, has passed the Senate unanimously.

But last week, with no warning, Christopher Sparks of the City of Houston Health Department testified against HB 1652. He left out an interesting fact – he was involved in writing the definition of “producer” that has caused all the problems, back when he was at the state health department!

Even more problematically, he said many things that misled the committee members about the bill. He made it sound as if the bill would impact the standards the farmers’ market vendors are held to, or how often the health departments could inspect – neither of which is true.

We have distributed a new fact sheet with a rebuttal to his comments, to all the committee members. And now we need your help to make sure they pay attention to that information. If you live in one of their districts, that committee member needs to hear from you!

The message is simple:

“My name is ___, and I am a constituent. I urge Representative ____ to vote to approve HB 1652 and move it forward as quickly as possible. HB 1652 is important so that the people who sell food at farmers’ markets – whether they are farmers or people who are making bread, jam, ice cream, kombucha or any of the other wonderful foods available at farmers’ markets – are not charged excessive fees.”

Put the message into your own words – whether you are a food vendor at a farmers’ market, or a consumer who can talk about your favorite foods to buy at markets.

Below is the list of Committee members. If you are a constituent of one of them, please call that member.  (And for everyone else, stay tuned – there will be more action alerts this week!) If you’re not sure if you are in their district, you can look up and find contact info for who represents you.