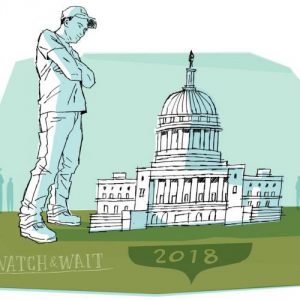 Members of Congress are meeting this week to negotiate which portions of the House and Senate versions of the Farm Bill will make it to the final bill.

Both chambers’ versions of the Farm Bill are deeply flawed, effectively continuing to structure our food and agriculture system to maximize profits for multinational corporations. But there are some vital provisions that are even worse than our current policies, and then there are a few provisions that could help small & sustainable producers. Given what we have to work with, we need to focus on keeping out the worst and salvaging the few bright spots.

If your Representative or Senator are on the conference committee, it is vital that you call and talk with their staff as soon as possible! Much of the attention is going to the high-profile issue of SNAP, or food stamps, so they may not have a position yet on the issues discussed below.

If your legislators are not on the conference committee, the best thing you can do is call your own Representative and Senators and ask them to weigh in with the conferees on your behalf.

The list of conferees is below, after the “Take Action” section.

You can find out who represents you by going to www.house.gov & www.senate.gov or by calling the Capitol Switchboard at 202-224-3121.

When you call your Representative and Senators, be sure to identify yourself as a constituent.  You can talk to the staffer who picks up the phone, and simply mention all these issues. Or, for an even greater impact, ask to speak to the staffer who is handling the Farm Bill, and talk with them briefly about the 2 or 3 issues that matter the most to you!

Issues for the Conference Committee

Below are the legislators who will negotiate which provisions from each chambers’ bill makes it into the final Farm Bill. That final bill will then have to be voted on again by both the House and the Senate. So whether your legislators are on the conference committee or not, they do have a voice in the Farm Bill – the conference committee members just have a greater voice.

Check out the list, and if your member is on the committee, call them as soon as possible – and then encourage your family and friends in the district to call as well! In addition to members of each chambers’ Agriculture Committee, the House named additional conferees to the Conference Committee:

Representative King’s bill to strip local control of food and agriculture was incorporated into the House’s version of the Farm Bill. The provision would prohibit any state or local government from adopting any standard or condition on the production or manufacture of any agricultural product that is sold in interstate commerce.

The bill mandates a one-size-fits-all approach for environmental standards, labor rights, animal welfare, and community safety. It would eliminate laws adopted by local communities to address problems like Dicamba pesticide drift, to set standards for food quality and animal welfare (such as cage-free eggs or crate-free veal), and even laws that simply allow consumers to know whether their purchases support their local farming communities.

State and local laws that would be negated include:

The Senate version did not include this provision, and we need to keep it out of the final Farm Bill!

For decades, the Conservation Stewardship Program (CSP) has provided funds to help farmers who choose to implement practices on their farms that promote long-term sustainability. This funding has enabled farmers to help promote healthy soil, water, air, and wildlife habitats that benefit everyone – and, at the same time, improve the profitability of their operations. CSP covers over 70 million acres across the country and especially benefits family farmers who are invested in sustaining their land’s productivity for generations to come.

Another program, the Environmental Quality Incentives Program (EQIP) has also benefited many farmers in implementing stewardship practices. Unfortunately, it has also been used to provide government subsidies to the largest and most environmentally damaging operations, particularly Confined Animal Feeding Operations (CAFOs). Contrary to the original intent of EQIP, these factory farms have been able to use our tax dollars to build “manure management systems,” subsidizing their harmful production practices.

At the same time, the House version cut total conservation funding by nearly $1 billion. This means less funding in total, no funding at all for many important conservation measures, and the funding that is provided will more often go to factory farms.

In contrast, the Senate version of the Farm Bill maintained the CSP and made much smaller cuts to conservation funding overall.

Farmers and consumers across the country have taken the farm-to-table movement from being effectively unknown to being a vibrant, growing movement that generated $8.7 billion in revenue in 2015, according to the USDA. This rapid growth is primarily driven by farmers’ hard work and consumer demand – but the connection between the two has been helped in many cases with two government programs funded under the last Farm Bill.

The Farmers Market and Local Food Promotion Program provides important support for farmers’ markets as well as local food hubs, while the Value-Added Producer Grant Program helps farmers grow their businesses and bring in new sources of income. The House bill leaves the programs in place but removes what is known as mandatory funding – leaving the funding up to Congress each year. In practical terms, this most likely means no funding for these programs for the next five years.

The Senate version of the Farm Bill combined the programs into a new one, the Local Agriculture Marketing Program , or LAMP, and provided mandatory funding for it.

The House version of the Farm bill would abolish a 30-year-old rule that prevents corporations from receiving unlimited commodity payments. Lucrative loopholes in the bill for the largest, wealthiest agribusiness operations would allow:

The Senate not only did not include this provision, but it went the other direction, thanks to a provision sponsored by Senator Grassley to reform the payment limits and definitions of “actively engaged in farming.” Those Senate provisions, while modest, make important reforms to keep your tax dollars out of the pockets of wealthy agribusinesses. You can read about these provisions at https://www.agri-pulse.com/articles/11169-grassley-wins-tougher-farm-payment-rules-for-senate-bill.