As you will see, FARFA is endorsing only four candidates in the 2022 primaries. Obviously, this is not a comprehensive list of good candidates! We decided to endorse in these specific races based on the candidates’ track records, responses to our questionnaire where applicable, and the opportunity to make a difference in contested races.

We do not generally endorse in uncontested races or races without meaningful competition, and only endorse a few candidates in each election cycle. As in past elections, we have endorsed candidates from both of the major political parties because food transcends party lines, and we have strong allies (as well as enemies) on both sides of the aisle.

Not sure what your new district number is? Find out here. For information on voting in the primaries, including early voting options, visit the Texas Secretary of State’s website.

We continue to update our spreadsheet of responses from candidates to the Texas Legislature – be sure to check it out if you haven’t looked recently!

FOR TEXAS COMMISSIONER OF AGRICULTURE (R) 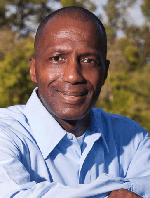 Representative James White has served his rural southeast Texas district for six terms. White, a retired Army officer and former teacher, was born in Houston, graduated from Prairie View A&M, and has a doctorate in political science from the University of Houston.

He is a small-scale beef producer who previously served on the Agriculture and Livestock Committee.

White has been a consistent supporter of reforms for small-scale producers. In 2019, he filed a bill to allow on-farm processing of rabbits; and when FARFA ran into difficulties with our bill to allow on-farm processing of poultry, he allowed our bill sponsor to add the poultry bill to his rabbit bill. On the Agriculture Committee, he consistently voiced his recognition that regulations can all too easily be used to promote certain businesses and at the expense of fair competition.

In contrast, the incumbent, Sid Miller, has politicized the Agriculture Department by spending time paying attention to just about everything but the needs of Texas farmers and ranchers. Miller has hired his cronies at luxurious salaries while jacking up fees and inspections on producers.

Texas deserves an Agriculture Commissioner who is focused on agriculture, and we encourage you to vote for James White in the Republican primary.

You can also check out the Houston Chronicle’s endorsement. 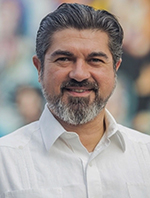 We have endorsed Eddie Rodriguez in multiple elections in the past because of his consistent championing of sustainable agriculture and local foods in the Texas Legislature. We are excited to see him make a run for Congress, where he could be an extremely valuable voice for Texas farmers and local food producers!

Eddie Rodriguez sponsored one of the original cottage food bills in 2011 and sponsored the expansion of the law in 2013 and 2019. He fought for property tax reform for small farmers and supported our efforts to pass numerous other bills, including the bills to cap fees on farmers’ market vendors and to allow farmers to sell ungraded eggs at restaurants and retailers. He founded and led the Farm-to-Table Caucus in the Texas Legislature, encouraging state legislators from both parties to support small farmers, ranchers, and other food producers while increasing access to healthy, local food for all Texans.

Check out Eddie Rodriguez’s website and consider supporting him in whatever way you can in his run for Congress. We would all benefit from his voice in DC when it comes to regenerative agriculture and local foods! 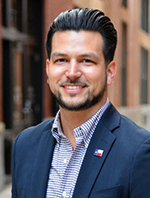 Chris Leal is a Dallas native and teacher running for Texas House District 114. Despite being an urban candidate without a background in agriculture, he wrote the best responses of any candidate to our questions!

With a degree in economics, he truly understands the issues of antitrust and corporate consolidation that underlie so many of the problems we face in agriculture and our food system today.

Leal not only expressed his strong support for all of FARFA’s priorities, he wrote articulate, well-grounded responses that indicate he could be a strong champion and ally within the Legislature. Visit his website for more information. 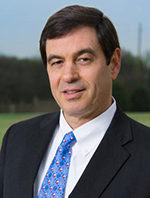 Tom Glass is running in a crowded primary for an open district. Tom has a strong, years-long history of being an advocate for rural groundwater rights, and he lists it on his website as one of the top issues.

As a libertarian-oriented conservative, he also generally favors the type of reduced regulatory initiatives that so often help our small-scale producers. Tom’s website is Tom Glass for Texas House 17.