It can feel like the Texas Legislature is moving through molasses for the first couple of months of session, but now things are really heating up–and they’re going to keep going fast for the next 10 weeks!

Two more of FARFA’s priority bills have been set for hearings, this time on Monday afternoon in the Senate Agriculture Committee hearing:

There’s also a good bill for backyard chicken owners scheduled for a hearing in the House Agriculture Committee the same day. HB 2596 would prevent local governments from prohibiting people from having up to 6 hens in their yards.

Check out the Take Action section below.  And for Harris County residents, we have an important special bonus action for you at the end of this alert! 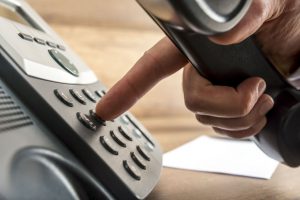 We’ve been urging you to call your Representatives on the House versions of our bills so far, and now it’s time to switch focus! It’s the same process for finding your legislator, though–go online at https://wrm.capitol.texas.gov/home or call the Capitol Switchboard at 512-463-4630. You want to contact your State Senator, not U.S. Senators Cornyn or Cruz.

SB 776 establishes an ombudsman to help farmers, food businesses, and other rural enterprises navigate the regulatory maze. Farmers and local food producers have to deal with numerous agencies with vague and sometime conflicting requirements. Creating an ombudsman position would encourage the establishment and growth of Texas agricultural and rural businesses, benefiting both our rural communities and the urban residents who want to buy local foods.

SB 1409 leaves the Texas Department of Agriculture in charge of implementing new federal food safety regulations but keeps the agency from imposing additional requirements or different standards. TDA’s recent proposed regulations would have required every produce farm to register with the agency —even if it was exempt under the federal laws! TDA’s proposed rule also added new standards for all producers. While TDA has withdrawn that rule, SB 1409 is important to ensure that the agency stays within the appropriate boundaries moving forward.

I ask Senator ___ to co-author both bills and help them move forward as quickly as possible.”

If backyard poultry is important to you, you can call your State Representative to support HB 2596. But given that the bill had no opposition last session and only died because of the inter-chamber politics and timing, we don’t expect it to have trouble passing or need a lot of grassroots support this session.

If you can come to the Capitol on Monday, register in support of the bills so that you are listed on the witness list!

To register for the ombudsman bill and/or the TDA bill, go to the second floor of the Capitol and walk through the Senate chamber to the back hall where Room 2E.20, the Betty King Room, is. The Senate Ag Committee has been doing paper registration, so ask for two witness registration cards, and fill out one “FOR SB 776” and one “FOR SB 1409,” checking the box for “not testifying” for each.  (Note: if they have switched to doing electronic registration, there are kiosks right outside the hearing room.)

If you have time, you can also register in the Capitol Extension in support of the backyard chicken bill. Go to floor E1 or E2, and head to the kiosks on the side hallways to electronically register. Committee: House Agriculture Committee. Bill: HB 2596. Position: FOR, not testifying. The House Ag Committee registration will open around 9:30 a.m. and should stay open until about 12:30 or later (depending on when the House adjourns).

MORE DETAILS ON THE BILLS 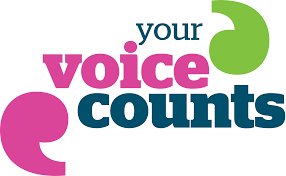 SB 776 would establish an Ombudsman who would serve as an information source for producers trying to navigate the complicated regulatory maze. And when an agency comes up with an unreasonable interpretation of the regulations or two agencies have conflicting interpretations (as happens all too often!), the ombudsman would be tasked with ensuring that agricultural and rural businesses are treated fairly and expeditiously in regulatory application and review processes.

SB 1409 addresses the problem we alerted you to back in January, when the Texas Department of Agriculture issued its proposed rule to implement the federal Produce Safety Rule under FSMA.  Once the bill was filed, TDA withdrew the rule. But we want to make sure that the agency doesn’t come up with another strange twist! The federal regulations are difficult enough without the state agency making them more complicated.

HIGHLIGHTS FROM THE PAST WEEK

A bill to prevent local health departments or homeowners’ associations from requiring permits for kids’ lemonade stands passed the House this week almost unanimously, and will now head to the Senate.

In bad news, a bad water bill, HB 1066, was approved by committee. And HB 726, which contains the same bad provision to help water exporters, is almost certain to be approved next week. We are working to restore the provision in HB 726 to direct groundwater conservation districts to consider the impacts on aquifer conditions and household wells at least. To be candid, our water work is primarily a matter of damage control, trying to counter the deeply flawed and short-sighted policies that dominate water law in Texas.

We’re continuing to work on how to get a reasonable estimate of the fiscal impact of HB 97, the Fair Taxes for Small Farmers bill. The counties’ gross overestimates of the number of people who would be able to qualify for ag valuation is effectively holding the bill hostage, but we’re not done yet!

The hearing on HB 2107, the Local Health Department Better Communications bill, went well–no one showed up to oppose the bill. Perhaps there is some common-sense to be found?

Sadly, that’s not as true when it comes to the sampling bill, HB 1694. Harris County Health Department continues to grumble. Their real issue is not this bill, but that they don’t want to comply with the 2013 law that addressed sampling by all types of farmers’ market vendors. The other health departments appear to be conceding the fight, though, after negotiating some clarification language.  So a committee substitute is being drafted, and we hope to move the bill forward within the next two weeks.

The Harris County Health Department is opposing the sampling bill, and almost certain to oppose the cottage food, raw milk, and permit fee cap bills — and is doing all of this lobbying without even informing the County Commissioners, as best we can tell.

If you live in Harris County, please call your County Commissioner and the County Judge, and ask them to require the Health Department to seek approval of the positions that they are taking against bills in the Texas Legislature.  Point out how local food benefits both farmers and consumers in the County, and urge them to weigh the benefits of the local food bills before allowing the Health Department to continue to try to kill them!

You can find out which Commissioner represents you at http://www.harriscountytx.gov/

THANK YOU for taking action on these alerts. We truly do see a difference in legislators’ attitudes when they hear from their constituents!