FARFA joined with seventy consumer, farm and food groups, and businesses on a letter urging the Obama Administration not to restrict efforts to label genetically engineered foods in the ongoing and secret U.S.-EU trade talks.

Through negotiations on the Transatlantic Free Trade Agreement (TAFTA) with the European Union, the U.S. Trade Representative seeks to establish common regulations covering consumer protections, and has targeted the European Union’s regulations of genetically engineered foods, which includes consumer labeling. U.S. and EU agribusiness firms have been open about their desire to eliminate GMO labeling laws under TAFTA—including the rising number of U.S. states moving to require GMO labeling. 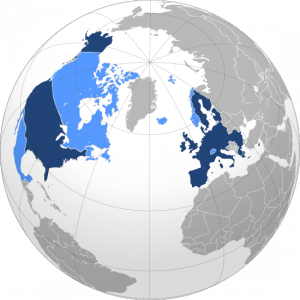 FARFA and the other groups object to the U.S. trade negotiators placing the interests of agribusiness over the interests of consumers, and creating “rights” for corporations that would trump democratically enacted laws.

The groups expressed concerns that a TAFTA chapter called “technical barriers to trade” would limit governments’ ability to maintain or establish product labels for consumers. This year, Vermont was the first state to pass required GMO labeling without any restrictions. Maine and Connecticut passed GMO labeling laws last year contingent on neighboring states also passing GMO labeling laws. More than 20 states are also considering laws, including major GMO labeling initiatives on the ballot in Colorado and Oregon this fall.

The push to “harmonize” standards in TAFTA would effectively undermine these grassroots, citizen-led efforts.

The Obama Administration has prioritized corporate rights within the negotiations, including the highly controversial Investor-State provision, which grants corporations the right to use secret tribunals to challenge state, local or national laws they view as potentially limiting to expected future profits. Past investor-state cases have targeted regulations on toxic waste, land use rules and water and timber policies. The Grocery Manufacturers Association is already suing the state of Vermont under U.S. law to challenge GMO labeling. TAFTA rules would provide the GMA with another legal tool to attack U.S. laws.

The negotiating text for TAFTA remains secret, with only parts of drafts being leaked to the public. The groups called on the U.S. and EU to make the negotiating text public—and pledged to oppose any deal that undermines consumer’s right to know what is in the food they purchase and feed their families.