Contact your State Senator to oppose the Animal ID bill

The Texas Legislature is considering a bill that would authorize the Texas Animal Health Commission to adopt federal Animal ID regulations.  One of the federal regulations requires every chicken to have a permanent leg band with a unique ID number when it crosses state lines;  imagine what it would mean to have this applied in-state whenever a chicken was sold or moved to a new location!  While commercial hatcheries and large confinement operations would be effectively exempt, the requirement would impact both small farmers and people with backyard chickens.

The bill also gives the agency a blank check to adopt other federal regulations governing animal ID for all kinds of livestock animals, including goats, sheep, pigs, cattle, and horses.  The federal regulations govern the movement of animals between states, which is not a frequent occurrence for small farmers.  But imposing those same regulations on every movement within the state could cause significant problems for small farmers.

If you have any questions, please contact Alexandra Landeros: alexandra AT farmandranchfreedom DOT org or call (512) 537-2692. 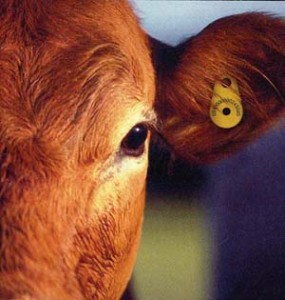 Requiring animals to be tagged, with no connection to any testing or other disease control measure, is not the answer for animal health or food safety.

The Texas Animal Health Commission (TAHC) already has extensive powers to address animal diseases and to include animal ID as part of those programs. This bill, however, gives the agency authority to require animal identification solely for the sake of identification, unrelated to any real animal disease control measure.

Back in 2005, the Texas Legislature adopted a law that allowed the TAHC to impose mandatory National Animal Identification System (NAIS). NAIS would have required that anyone who owned even a single livestock or poultry animal register their property, individually ID each animal (in most cases with electronic ID such as microchips or RFID), and report their movements to the government.

The TAHC rushed forward with the first stage of NAIS, ignoring protests from hundreds of small farmers and animal owners.

HB 2311 and SB 1233 breathe new life into the statute, however, and gives the TAHC authority to require tagging by itself, with no connection to any disease control measure.

The original intent behind the bills was to address the fact that TAHC has been overstepping its bounds, most recently by issuing a mandatory cattle ID rule that requires cattle – even those going direct to slaughter – to be ear tagged. But the bills have been amended to undermine that original intent, and they now grandfather in the agency’s illegal regulation!

The same Agribusiness groups that supported mandatory NAIS are supporting this new bill.

We need both farmers and consumers who care about small and diversified livestock farms – which are healthy sources of local food – to speak up! 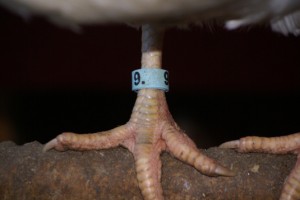 Below are some of the inaccurate statements made by the Animal ID proponents. Be armed with the truth when you call!

CLAIM:The bill limits the agency’s authority.
TRUTH: Right now, the Texas Animal Health Commission has no authority to adopt mandatory animal ID requirements.  In 2005, the Legislature gave the agency authority in Section 161.056 to implement a program “that is consistent with the United States Department of Agriculture’s National Animal Identification System” (NAIS).  Both the agency and Agribusiness industry groups claimed at the time that this new authority was needed because the agency lacked authority to do Animal ID programs otherwise.

The USDA formally withdrew the NAIS in February 2010, making it a dead program.  Any authority that is linked to it is dead also.  No other section of the Agriculture Code references animal identification separate from a disease control program.  Just as in 2005, the agency now lacks authority to require animal tagging except as connected to a disease control measure.  HB 2311 / SB 1233 gives the agency new authority.

CLAIM: The bill doesn’t require anything directly, so it’s not a problem.

TRUTH: The bill doesn’t require anything directly, but it does give the state agency extensive power to  require lots of things!   Just like this bill, the state NAIS bill in 2005 also didn’t require anything, yet within a few months the agency took steps to require every animal owner to register their property and pay a fee, using the authority granted to it.

Whether the state agency uses its new power next month, next year, or five years from now, the legislators who vote on this bill are responsible for giving the agency the authority to do so.

We think it is a problem when state legislators empower the state agency to adopt federal regulations when those regulations burden small farmers and animal owners (see next).

CLAIM: We’re protected by the language that the state requirements can be “no more stringent” than the federal.
TRUTH:  If the agency uses the authority given by this bill and applies the federal standards on an in-state basis, many small farmers and backyard poultry owners will be placed under significant burdens. Federal regulations only apply when the animals cross state lines, limiting their impact.  Those same regulations become much more burdensome if they apply to every single movement in-state, such as neighbors selling or giving animals to each others. The federal agency comes up with a lot of bad rules, and the Texas Legislature should not simply buy into them, without even knowing what they are!

For example, the current federal rule on poultry is very burdensome for small farmers (see next).

CLAIM: The bill doesn’t include poultry.
TRUTH: While the language of the bill does not mention poultry (or any other species), it does specifically reference the federal animal disease traceability program. You can read the federal rule here — it clearly includes requirements for tagging poultry, including keeping records for 2 years.  During the Committee hearing on HB 2311, the TAHC’s Executive Director testified that the bill would give the agency authority for animal ID for all of the species within its jurisdiction, which includes poultry, sheep, goats, pigs, cattle, bison, and horses.

We urged the bill authors to limit the bill to cattle only.  After all, if the agency has no intention of adopting new regulations on poultry or other species, why not put that into the bill?  The industry groups and bill authors have rejected this compromise.

CLAIM: We need this bill so the agency can deal with dangerous diseases like avian flu.
TRUTH: The agency has ample authority to address animal diseases. There are seven chapters in the Texas Agriculture Code that give TAHC authority to address animal disease through testing, vaccination, quarantines, and more. The agency can even include animal ID as part of those disease control measures.

This bill is about requiring identification solely for the purpose of tracking, unrelated to any disease control program.

CLAIM: Small farmers were consulted in developing this bill.
TRUTH: Small farm advocates have been cut out of the process. While we knew about the original version of the bill — which had both pro’s and con’s — we were never told about the Committee Substitute version, which is significantly worse than the original, until it was unveiled at the Senate Committee hearing.  At no time did the bill sponsors or any of the industry groups writing the Committee Substitute version of the bill even tell us that they were working on amendments.  The first meeting where FARFA was invited as a stakeholder occurred after both Committee hearings and just one day before the House vote.

On the agency side, the Texas Animal Health Commission has never included FARFA or the Texas Organic Farmers and Gardeners Association in any working group or informal meeting.

Please call your State Senator and State Representative and tell them to vote NO on Animal ID, HB 2311 / SB 1233.