In the midst of the COVID pandemic, the Texas Department of Agriculture (TDA) is insisting on inspecting small produce farms – even though these small farms are exempt from the substantive requirements of the federal regulations that TDA is tasked with implementing.

Why is TDA paying inspectors’ salaries and travel expenses to visit these small farms in the middle of a budget crisis, when there hasn’t been a single foodborne illness connected to any of them? 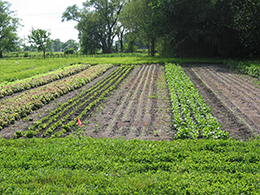 As background: Under the federal Food Safety Modernization Act (FSMA), a farmer who sells less than $25,000/year in produce is “not covered” by the Produce Safety Rule (PSR), meaning they are exempt from its requirements. And those who sell less than half a million dollars a year of food, with more than half of that sold directly to consumers or local restaurants and retailers, are “qualified exempt.” That means that they must keep financial records and be prepared to produce them to the government, but that they do not have to comply with the expensive, complex, and often unnecessary requirements of the PSR.

Logically, to determine if these farms are in compliance with the law, all TDA would need is their financial records. Yet TDA is demanding farm inspections.

Under the federal Produce Safety Rule, these farms should not be subject to these sorts of inspections; but TDA is claiming that it has authority to determine if farms are selling “adulterated” food. And TDA has created a new and highly subjective standard called “egregious conditions,” which can be used to stop all sales from a farm or to impose high fines, without any objective standards or appeal process.

This overreach by TDA has posed legal, constitutional, and practical problems from its beginning. And given the agency’s recent involvement in a study that inaccurately claimed that many small farms use high-risk practices, see below, it’s a scary prospect for small farmers.

To our knowledge, Texas is the only state – so far – in which an agency has adopted regulations that alter the federal rule requirements. But we have heard statements from officials from multiple states indicating that they, too, want the ability to inspect small farms … so if we don’t stop TDA, this overreach is sure to spread.

How Do We Stop Them?

In December 2019, FARFA sued TDA for its overreach. Lawsuits are rarely quick, and COVID slowed the process down significantly. We are in the middle of the discovery process, during which both parties respond to inquiries and produce requested documents.

Although the lawsuit is about TDA’s regulations (not FARFA), the agency has sought extensive documents from FARFA, including:

Once discovery is completed, the lawsuit moves to the summary judgment stage, where we will seek a judgment from the trial judge. The schedule for this phase is not yet set, and we will keep you posted.

We are also pursuing an alternative solution – legislation to rein in the agency. In 2017, the Texas Legislature gave the agency authority to implement the Produce Safety Rule, and it was everyone’s understanding that the agency was to do that and no more. So we’re asking the Texas legislature to adopt a new bill that explicitly prohibits TDA from this sort of overreach. If you live in Texas, please call your State Representative and State Senator, and urge them to support this vital bill.

Find your state legislators and their phone numbers using our Who Represents Me tool.

Your call can be short and simple: Urge them to support a bill to stop TDA from imposing unnecessary burdens and intrusions on small farms. If you live outside of Texas, you can still help by spreading the word.

(Note: The bill will be filed shortly, so we’ll be asking you to call again once we have a bill number. But calling more than once is good – this first call gets the issue on their radar.)

You may recall from a previous email alert that, in late December, the University of Houston distributed a press release about a University study that was published in the Journal of Food Protection. The study claimed that Texas small growers had significant gaps in their food safety knowledge and were using unsafe practices. TDA funded that study, and two members of TDA’s senior staff were joint authors.

The study was retracted within a matter of weeks because the researchers had failed to follow the ethical requirements for academic research (involving the IRB, or Internal Review Board, which ensures that the researchers tell people ahead of time how their information will be used). But that issue is just the first of many problems with this study! The study made completely unjustified conclusions based on a poorly written and designed survey, which, at best, showed ignorance of how small farms function.

One of the media sources that initially spread the inaccurate study published FARFA’s letter to the editor, which explains the fundamental problems.

And for a more technical, detailed analysis of the problems with the study, you can read the letter we sent to the Journal editors.

We will continue to monitor and challenge any such misinformation about small farms and local foods.