The Texas Department of Agriculture (TDA) is proposing a new grant program to support the marketing of products with the “Go Texan” logo. But the proposal will likely reinforce the Go Texan program’s existing prejudice against small businesses that are truly using Texas-raised ingredients. 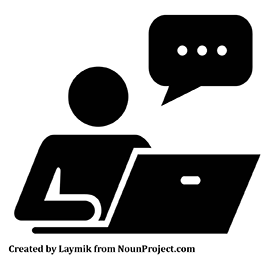 TDA is accepting public comments on its proposed grant program, and you have until Monday to share your thoughts! Details on how to do that are below, but first, here’s some background.

You may have seen the Go Texan logo on some labels in a grocery store (only rarely at a farmers’ market). But did you know that the logo simply means that the manufacturer somehow “added value” within Texas? That “Go Texan” salsa could be made entirely from ingredients brought in from South America and China.

In addition, producers must pay at least $100 to join.  And the more a business pays – up to $5,000 per year – the better exposure they get. In other words, it’s a “pay to play” system that favors big businesses that import cheap ingredients and do minor additional processing within Texas.

The problems are partly due to the statute, which provides that any value-added activity in Texas allows a product to qualify. But the “pay to play” approach is of TDA’s own making.

Under the proposed “GO TEXAN-Marketing Enhancement Grant Assistance Program” (MEGA, for short), Go Texan members could apply for grants to pay for their marketing. This could be a positive thing, but it depends on who gets those awards … and the agency’s proposed rule leaves the criteria for the awards entirely up to whatever the agency feels like doing each year.

In fact, the agency has already offered similar grants before, without having a formal regulation in place – and only allowed businesses at the “Tier 2” level or above to apply, which means you had to pay $500 (instead of the basic $100) to even be able to  apply!

TDA is accepting public comments on the proposal until Monday, April 18, at 5 p.m. So, please add your voice!

Email your comments to Karen.Reichek@TexasAgriculture.gov.

Your email can be short; just a few sentences. Below is FARFA’s letter to the agency, which you can borrow ideas from, or simply say that you agree with FARFA’s comments. Or write your own original comment of any length with suggestions on how this new aspect of the Go Texan program should be shaped.

As currently proposed, Sections 17.702 and .703 provide that TDA shall set the selection criteria for the Go Texan grants each grant cycle. No criteria are provided in the proposed regulation itself.

While it is appropriate to provide flexibility to address future developments, this complete lack of any initial criteria is troubling. As noted in the last legislative session, the Go Texan program’s “pay to play” approach, in which companies that pay more get more support from the agency, is already of concern. Under this system, large companies that bring in agricultural products from other states or even overseas, and then do minimal processing within the state, are not only able to display the Go Texan logo, but get far more marketing support and promotion than many small Texas-based businesses that use Texas-raised ingredients. While the criteria for the use of the Go Texan logo are set in statute, the preferential treatment provided to higher payers is not part of the statutory structure. For example, it appears that the agency awarded grants last year and did not even accept applications from Tier 1 members, instead requiring applicants to have paid at least $500. And the criteria for last year’s awards are not available on the TDA website.

We are deeply concerned that the grant program will similarly end up providing the greatest benefits to large entities that have the least need of government support and that provide the fewest benefits to the Texas agricultural sector and our rural communities. If TDA is going to provide grants to pay for private entities’ marketing, then the criteria for determining who gets those grants should be set out in the regulations, not determined ad hoc each year by the agency in an internal process without public input or transparency.

In addition, under proposed section 17.704, the grant program is set up so as to reimburse the awardees for their expenses after such expenses have been incurred. But very small businesses may struggle to be able to pay for the marketing on their own and then wait for reimbursement. The agency should therefore include a provision that small businesses (such as those with gross revenues of $100,000 or less) are able to obtain funds prior to expenses being incurred. At a minimum, the program should provide for expedited processing within 10 days of reimbursement requests from small businesses.

FARFA urges the agency to withdraw the proposed rule and reintroduce it after including these changes:

Thank you for taking the time to add your comments!

This article does a great job of explaining some of the problems with Go Texan when it comes to wine: The Unsettling Truth About Go Texan Wine | cravedfw . The legislature has fixed the problem specifically for wine (it must now be made of 75% Texas-grown grapes to qualify) – but they left the same structure for almost all other foods and drinks! So that “Go Texan” salsa mentioned above can still be made entirely of ingredients sourced from overseas.

You can read the current regulations that govern the program.