The grassroots outcry against the Food & Drug Administration’s proposed regulations under the Food Safety Modernization Act made a difference!

The FDA has announced that it will issue revised proposals on four of the areas that received the most criticism: water quality standards and testing, the standards for using raw manure and compost, provisions governing farms that do value-added products, and due process issues under the Tester-Hagan exemption for small-scale, direct-marketing farms and producers. The FDA plans to issue new proposed rules on these issues in the summer of 2014 and seek a second round of public comments. 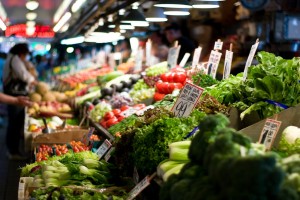 The FDA’s acknowledgment that the proposed rules need significant changes is a very positive step. But it remains to be seen what the actual changes will be and whether they will truly fix the problems. In addition, while these four issues received the most attention and criticism, there are many related ones that may or may not be addressed by FDA’s changes, from the restrictions on wildlife and domestic livestock to how the qualifications for the Tester-Hagan exemption are determined.

We hope that FDA will include all of the issues raised in FARFA’s comments in the revised proposal. Moreover, the cost-benefit analysis of the revised proposed rules needs to be carefully conducted and address the significant errors made in FDA’s original analysis.

Thank you to all of the farmers and consumers around the country who made their voices heard on the proposed rules. The credit for the FDA’s announcement really goes to you. It is proof that organized, thoughtful activism can have an impact.

Want us to keep you posted on federal food safety issues?