The Texas Department of Agriculture administers the “Go Texan” program. You may have seen the logo on various packages … but only rarely at your local farmers’ markets or from a small artisanal business.

The combination of the high fees and the way the program is administered makes it a bad fit for small producers. Instead, it mostly promotes larger businesses who may do as little as simply packaging and branding a product made primarily in another state or even another country. 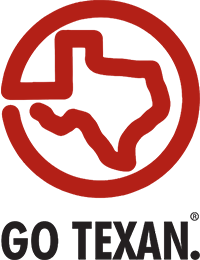 Now we have a chance to change that. In approving the “Sunset bill” to continue TDA’s functions, the House of Representatives included an amendment that would direct the Sunset commission to conduct a study of the Go Texan program and how it can be improved. This is a great opportunity!

If you live in one of their districts, please call or email them ASAP to urge them to “keep the Goldman Amendment to SB 703.” Keep your call or email brief and simple, but do make it personal. Share a sentence or two about why it’s important to you that the Go Texan program be made to work better for the small farmers and food businesses who are raising or making food in our state.

If you don’t live in any of these districts, please share this email with your networks to reach those who do!

6) Senator Beverly Powell: Represents part of Tarrant County, including Colleyville, Bedford, Mansfield, and most of Fort Worth.
See the District Map
512-463-0110
Beverly.Powell@Senate.texas.gov

You can read the amendment here.