The NAIS is a “feel good” program that will do virtually nothing to safeguard animal health, its alleged purpose. Rather, NAIS will do all of the following:

Drive Small Farms and Ranches Out of Business.

Family farmers and ranchers already face huge challenges financially. The USDA has not done an analysis of what the NAIS will cost, but it will undoubtedly be significant. The cost of the microchips and RFID tags is just the beginning. Someone has to pay for the computer hardware and software, the personnel for database entry and management, electronic scanners and other equipment, and the labor for the tagging, and the personnel for filing and managing reports. These costs may fall directly on the animal owners, or be imposed indirectly through fees on sales barns and slaughterhouses. We can assume that our cash-strapped federal and state governments will not absorb the bulk of the costs, even though millions of our tax dollars have already been spent. Estimates for similar programs in other countries have ranged from $37/head to $69/head as an average. Given economies of scale, one can assume that the costs per animal for small producers will be much higher.

Increase Our Vulnerability By Reducing Options for Local Foods. 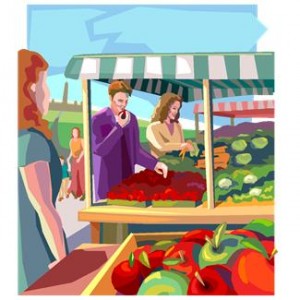 The NAIS is touted by the USDA and agri-business as a way to make our food supply secure against diseases or terrorism. But the concentration of our food supply in the hands of a few companies makes it vulnerable, as noted in the 2005 report from the U.S. Government Accountability Office: “the highly concentrated breeding and rearing practices of our livestock industry make it a vulnerable target for terrorists because diseases could spread rapidly and be very difficult to contain. For example, between 80 and 90 percent of grain-fed beef cattle production is concentrated in less than 5 percent of the nation’s feedlots.” Decentralizing and reducing the corporate control of our food supply would increase our security. Yet NAIS was developed by and for large producers, and will only lead to increased corporate control of our nation’s food, in turn increasing our vulnerability.

Destroy Personal Property Rights as We Know Them.

Legally, livestock animals are a form of personal property. The NAIS plan refers to a “national herd,” and the plan as a whole clearly indicates the government’s vision: no one will be allowed to own animals or do anything with them without government involvement. We will not even be able to take our animals to shows or simply enjoy the company of other animal owners without reporting to databases. 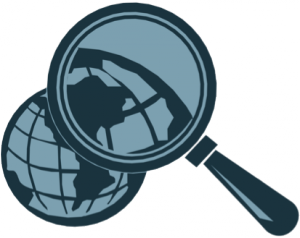 It is unprecedented for the United States government to conduct large-scale computer-aided surveillance of its citizens simply because they own a common type of property. The only people who have to report movements to the government at this time are sex offenders. Animals do not move themselves – the NAIS would require people to effectively report their own movements, whether it is taking animals to a show or selling an animal to a neighbor. Details on our land, our animals, our business affairs, and our movements would all be required to be placed in the hands of private companies, with access given to the government.

Small farms offer an alternative to the inhumane treatment of animals in factory farms. Many people who raise their own animals or buy from small, local producers do so because they object to the industrial-scale production of animals. These people will be forced either to sacrifice their personal privacy to government surveillance or to stop raising animals by humane standards.

Groups such as the Amish and Mennonites raise their own food and use animals in farming and transportation for religious reasons, and at the same time have well-known religious objections to registrations and technology. Other groups believe that the NAIS violates scriptural prohibitions on marking. The NAIS will force these people to violate their religious beliefs.

While the technology companies claim that they can deliver a working system under NAIS, this technology carries many problems and dangers of its own. RFID chips can be reprogrammed or even infected with viruses. Want to place the blame for a sick animal on someone else? Just reprogram the tag. Want to create chaos at a livestock auction? Infect the tags with viruses. Want to steal a horse? Simply destroy the microchip embedded in the horses’ neck and insert a counterfeit one of your own. The databases will provide tempting targets to terrorist and hackers. The technological infrastructure for farms, sales barns, slaughterhouses, and show facilities will provide ample opportunities for problems to arise. Australia has instituted electronic tracking of just its cattle – a far smaller project than the NAIS – and has experienced many problems with the databases. 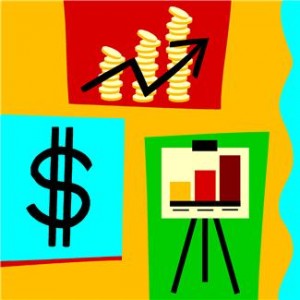 The NAIS will cost far more than it will deliver. The disease control claims are specious, as they ignore that disease control methods must be designed based on the species and disease involved, and the vectors of transmission. One system, even if it was useful for one species, will not fit all. The numbers of annual reports and the size of the database will dwarf any other database in existence in the world. How can the government expect to coordinate among dozens of state and private databases, or track hundreds of millions of annual reports of tagging or movement of chickens, horses, cattle, etc.? In other countries, costs have multiplied to twelve times the original estimated fees per animal. These costs will have to be paid by animal owners, consumers, and taxpayers. And we will receive no real value in return. Our resources, both government and private, should be spent on actions that will truly improve animal and human health and security.