(June 14, 2013) Governor Rick Perry has signed the three local foods bills passed by the Texas Legislature this session!  The cottage foods bill (HB 970), the farmers’ market bill (HB 1382), and the DSHS Better Communications bill (HB 1392) all help make it easier for local farmers and food producers to raise and sell the healthy, local foods that so many consumers are increasingly seeking out.

Many people worked hard to make these bills a reality.  Every person who called, wrote, or visited their legislators deserves part of the credit, and we appreciate your activism!

Special thanks go to the bill authors: Representative Eddie Rodriguez, the author of the cottage foods bill; Susan King, the author of the DSHS Better Communications Act, and David Simpson, the author of the farmers’ market bill.  (The full list of co-authors is below, together with the descriptions of each bill).  Thank you also to Senator Bob Deuell and Senator Jane Nelson for sponsoring the bills in the Senate.  These legislators stood up for local food producers and the interests of their constituents against some powerful special interests.

Together with the many people who came to the Capitol for our Citizens Lobbying Day, registered in support of the bills, and called their legislators, they served to put faces and stories to these bills — and to show the breadth and depth of the support from across the state for local foods.  This is a truly grassroots efforts, and our success is only possible because so many people made their voices heard!

You can click on the links for each bill to go to the legislative website, which includes the text of the bills. 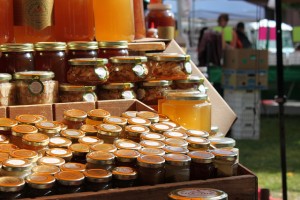 HB 970 – Encouraging home-based food production, aka “cottage foods”: Until last year, anyone making and selling any food at all (other than uncut fruits and vegetables) had to do so in a commercial, licensed facility that was subject to regulations designed for large-scale industrial food production. Last session, the Texas Legislature provided that “cottage food producers” could make specific low-risk foods in their homes and sell directly to consumers, up to $50,000 per year, without being regulated by the state and local health departments.

The bill has led to the establishment and growth of numerous small businesses in this state, with no reports of resulting foodborne illness. HB 970 expands the law to include other foods designated as non-potentially hazardous by the FDA. The bill also removes the restriction that the sale has to occur at the person’s home, allowing the seller and buyer to connect at farmers markets, farm stands, and nonprofit community events. 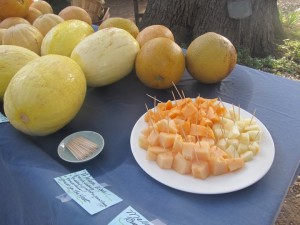 HB 1382 – Making it easier to provide samples at farmers markets and farm stands: Letting potential customers sample food is a great way to increase sales and encourage people to try unusual fruits and vegetables. But current regulations that govern food samplings are based on the conditions in brick-and-mortar facilities and pose unnecessary challenges for farmers and food producers at local farmers’ markets. 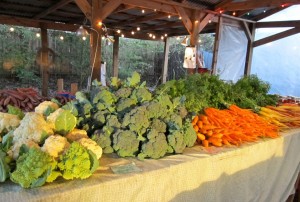 HB 1392 – Directing the DSHS to respond to inquiries about the law and its application to specific factual situations: Farmers and small-scale food producers have faced serious problems because of the inability to determine what is actually required under the regulations. When asked, the Department of State Health Services (DSHS) provides little guidance, leaving the producers to decide whether to invest anywhere from several hundred to tens of thousands of dollars and potentially still face fines depending on the department’s discretion. HB 1392 directs DSHS to respond to inquiries about how the law applies to a farmer’s or food producer’s specific facts within 30 days, so that they can comply with the law in good faith.