The USDA is proposing rules that would allow chemical companies such as Dow and Bayer/Monsanto to determine the safety of their own genetically engineered plants. 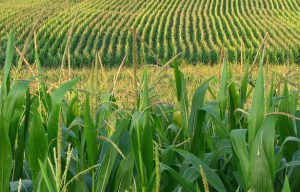 These companies have a track record of hiding the real impacts of their products even when required to go through regulatory approval process. And now they’ll be able to decide for themselves if they should even go through that process? This is, quite simply, dangerous for farmers, consumers, and our environment.

If the rules are enacted, manufacturers of genetically engineered plants will decide for themselves whether or not to report experimental testing of their genetically modified organisms (GMOs) to the USDA. This move will allow GMOs to go directly from the lab to the market for consumption, with no government oversight if the company has “self-determined” that its experiment doesn’t need USDA oversight. The companies can simply skip having their experimental products evaluated for health and environmental impacts.

And even in the rare instances when a company will volunteer to have their experimental plant regulated by USDA, the agency is proposing such a narrow scope of its review that it will only have a meaningful review process for a tiny percentage of GMOs.

This allows for the illusion of regulation, while leaving the companies in the driver’s seat.

One of the big problems with GMOs is that they cross-contaminate conventional and organic crops, as well as wild plants. Under the new proposal, the vast majority of experimental GMOs would not even be reported to USDA, much less grown with measures to prevent escape. USDA perversely touts that there will be fewer “unauthorized releases” of GMOs with this new system — but that’s only because the vast majority of GMOs will be totally exempt from any regulation in the first place! It’s like saying the crime rate will go down because the government legalized most forms of robbery. In reality, deregulating nearly all GMOs with no oversight will dramatically increase the frequency of contamination—which has already cost U.S. farmers billions of dollars over the past decade.

USDA’s history of regulating GMOs has been poor – but going from poor oversight to no oversight is the wrong move.

Your public comments matter. Let the USDA know that self-regulation of GMOs is not acceptable!

You can submit comments online HERE.

When commenting, please use your own words to address the specific issue of chemical companies being given greater control over their own regulation. “Form letter” comments are typically treated as just one comment (effectively being disregarded).

Start with a sentence or two about who you are and why you care (as a conventional farmer, an organic farmer, a consumer concerned about our food supply, a citizen concerned about the genetic diversity of wild plants, or whatever it is). Then pick one or more of these key points and expand on them in your own words. Again, it can be quite short and still have an important impact :

The proposal to allow companies to self-determine if their GMOs should be regulated creates a serious, inherent conflict of interest. USDA is a regulatory agency and should not abdicate its responsibilities.

The proposed system would deprive organic farmers of information about whether, where, and what genetically engineered crops are grown near their fields. This increases the risk for GMO contamination of organic crops, which will cost organic farmers time and money.  The decision about whether to regulate GMO crops should not be left in the hands of the companies who have competitive interests.

The creation of new strains of living organisms, including those genetically engineered to withstand pesticides, should be overseen by regulators for the public good.