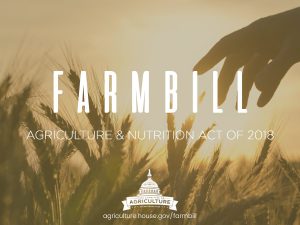 If you look at our action alert about the conference committee discussions, you’ll see that we got most of what we asked for, in terms of the Senate bill provisions dominating over the House’s terrible version of the bill. So we consider the final result as good news when compared to what it might have been.  But both versions of the bill were overwhelmingly geared to support the current industrial-scale, monoculture-focused agriculture that dominates our food system.

We worked for important changes that didn’t make it into either version of the bill, such as the PRIME Act to help increase access to small-scale meat processors and reform of the Checkoff programs that fund Big Ag advertising.

Much more work is needed in order to build an agricultural system that truly supports family farmers and healthy food.  We must keep fighting for more reform at the federal and state levels.