U.S. Senate continues debate on Farm Bill – now is the time to call your Senators to support amendments for small farmers, non-GMO agriculture, and food freedom!

The U.S. Senate is continuing to debate the Farm Bill, S.954. With over 200 amendments still on the table, the Senate plans to consider a motion to limit the remaining time for considering amendments.

There are several good amendments that have been filed, including ones to ban GMO salmon, protect small farmers from new federal regulations, and support research into non-GMO seeds. A description of the amendments is at the end of this alert.

Can you call today? It takes just a couple of minutes, and it truly does make a difference!

Even if you called before, please call again. It’s important to let your Senators know that you’re continuing to pay attention to the Farm Bill!

Call the Capitol Switchboard at 202-224-3121, tell them your State, and ask to be connected to your Senators’ offices. Remember that you should call BOTH Senators from your State.

If it is after normal business hours or you prefer to use email, you can find the Senators’ online contact forms at www.senate.gov. First select your state, and then follow the links to the Senators’ individual pages.

Be sure to add a few sentences to personalize the message!

1. King’s Amendment #1042 to clarify the exemption for small farmers under the Food Safety Modernization Act;

2. King’s Amendment #1033 to require FDA to do an analysis of the science and costs imposed by its proposed regulations under the Food Safety Modernization Act;

7. Wyden’s Amendment #952 to remove the prohibition on planting hemp;

8. Boxer’s Amendment #1027 to protect honeybees and other pollinators;

9. Grassley’s Amendment #969 to improve enforcement of antitrust laws and address consolidation of our agricultural system;

More information about each amendment is provided below. 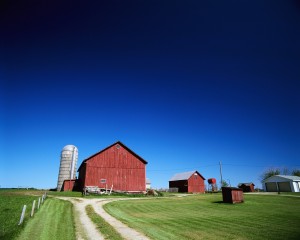 I. YES on Senator King’s Amendment #1042 that helps protect more small-scale, direct-marketing farmers from burdensome new federal regulations. The FDA has undermined the original intent of the Tester-Hagan amendment to the Food Safety Modernization Act (FSMA) by basing farmers’ qualifications on all the food they sell, rather than the food subject to FSMA. Senator King’s Amendment restores the original intent and brings more farmers within the protections of the Tester-Hagan provision, preventing them from being driven out of business by new federal regulations.

II. YES on Senator King’s Amendment #1033: The FDA’s proposed rules under FSMA are not based on sound science. Instead, they basically assume the worst of every situation and then force the farmers to find science on their own to prove that their farming methods are safe. Many traditional and sustainable methods of cultivation will be guilty until proven innocent. Senator King’s amendment would require the agency to do an analysis of the scientific information used to develop the proposed rules, as well as analysis of the rules’ economic impacts. The analysis would specifically include the impact on local food systems and the availability of local food.

III. YES on Senator Tester’s Classical Breeding Amendment #972 to provide alternatives to genetically engineered crops. Senator Tester’s amendment prioritizes public cultivar and breed development through classical breeding. The amendment does not call for any new expenditures by the government, nor does it stop all funding for GMO research. It is a modest approach that allocates some existing research money for non-GMO research.

IV. YES on Senator Merkley’s Amendment #978 to repeal the Monsanto Protection Act. In the last continuing budget resolution, pro-biotech forces inserted a provision that allows companies like Monsanto and DuPont to continue to sell genetically modified (GMO) seeds for planting even when a court of law has found they were approved illegally. The provision forces USDA to grant temporary permits and deregulate GMO crops even if a Federal court has ruled that USDA hadn’t adequately considered the environmental or economic risks to farmers. Senator Merkley’s amendment repeals the provision and restores judicial review of GMO crops.

V. YES on Senator Begich’s Amendment #934 to ban GMO salmon. The FDA continues to consider the application for AquaBounty’s genetically engineered salmon, and appears likely to approve it despite objections from hundreds of thousands of Americans and many scientists. Since it will not be labeled, people will have no way of choosing to avoid genetically engineered salmon in the stores if this fish is approved.

In addition, the GMO salmon poses a threat to those who wish to eat wild salmon or other seafood; scientists have predicted that escaped GMO salmon would likely wipe out wild salmon populations, which will destroy the livelihood of coastal communities that depend on fishing. Senator Begich’s amendment protects both consumers and our important wild fish populations.

VI. YES on Senator Boxer’s Amendment #1025 that expresses support for labeling of GMOs, although it does not directly mandate labeling. “It is the sense of the Senate that the United States should join the 64 other countries that have given consumers the right to know if the foods purchased to feed their families have been genetically engineered or contain genetically engineered ingredients.”

VII. YES on Senator Wyden’s Amendment #952 to allow American farmers to once again grow hemp to the extent that it is allowed under state laws. Industrial hemp is the non-psychoactive, low-THC, oilseed and fiber varieties of the Cannabis sativa plant. Hemp has absolutely no use as a recreational drug. Hemp is planted in many countries, and it is legal to use in the U.S. – but it is not legal to plant it in the U.S. The seed is known for its healthy protein and rich oil. The outer fiber from the stalk can be used for clothing, canvas and rope; the inner core fiber can be used for construction and paper production. This crop provides excellent opportunities for farmers for a sustainable, profitable crop.

VIII. YES on Senator Boxer’s Amendment #1027 to protect honeybees and other pollinators. Senator Boxer’s amendment would require the USDA, the Department of Interior, and the Environmental Protection Agency to protect the long-term viability of honeybees and other pollinators. Honeybees are disappearing at an alarming rate, and the federal agencies have been just sitting by and watching it happen. This poses a threat to all food production and we cannot afford to let it continue.

IX. YES on Grassley’s Amendment #969 to create a USDA special counsel on consolidation and fight back against the corporate takeover of our food system. A small handful of companies control the vast majority of our agricultural system. This unprecedented level of consolidation has gone almost entirely unchallenged, allowing these companies to squeeze out farmers. For consumers, this means lower quality food at higher prices. Senator Grassley has filed an amendment that would create a USDA special counsel to monitor consolidation in agriculture. The counsel would coordinate antitrust enforcement and efforts to improve competition in the industry.

X. YES on Cruz’s Amendment #1083 to prohibit mandatory check-offs. Under the current “check-off” programs, anytime a farmer sells a cow or a gallon of milk or any other covered commodity, the farmer is required to pay a fee to industry-run organizations. These funds are used to pay for things such as the “Got Milk?” and “Pork, the other white meat” advertising campaigns. The problem is that these advertising campaigns benefit primarily the retailers and grocery stores, not the farmers, but the farmers are stuck paying the bills.

When it comes to raw milk, the industry adds insult to injury by promoting only pasteurized milk products and running ads against raw milk — yet raw milk farmers are still required to pay into the check-off to support those ads. And now there is a proposal for an organic check-off, to tax even more farmers. The Cruz Amendment would bar any check-off program from being mandatory. If producers wish to fund a joint advertising campaign, they still could, but they would no longer be coerced to support advertising efforts that are not in their interest.