It’s a fact: farmers’ crops have been contaminated with genetically engineered organisms, also known as GMOs. And as long as the U.S. allows GMOs to be planted, this will continue and likely increase.

Farmers who don’t want to grow GMO crops face significant burdens. To protect their crops, farmers must establish wide buffer zones, losing the use of significant amounts of land. They spend time and extra money to find non-GMO seeds. And if they are contaminated despite their efforts, they lose sales in organic and non-GMO markets.

Why do non-GMO farmers have to bear the costs? 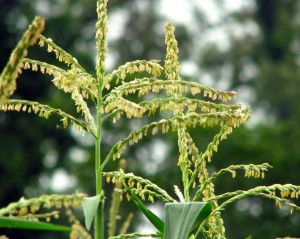 In 2011, the USDA convened an advisory committee to discuss the issue. The topic was labeled “co-existence,” based on the assumption that GMO and non-GMO crops can co-exist in the same area. But that’s already been proven false: non-GMO farmers are inevitably harmed by pollen that is blown or carried onto their farms, GMO material caught in harvesting and cleaning equipment, and the numerous other ways that contamination occurs.

The advisory committee recommended that farmers buy crop insurance to cover the costs of unwanted GMO contamination. How is this fair? Organic and non-GMO producers would have to spend even more money to protect themselves, while the companies that profit from GMOs would continue to escape their responsibility for GMO contamination prevention and compensation.

USDA is now asking for comments from the public on the issue of co-existence. Tell them it’s time to take steps to prevent contamination and put the costs where they belong!

FARMERS & GRAIN HANDLERS: Share your experiences about contamination on your farm or as a buyer. If you’ve been directly impacted by contamination, please explain the circumstances and consequences. Several people on the USDA advisory committee still claim that contamination isn’t really a problem, and they need to know they are wrong!

CONSUMERS: Tell USDA to focus on preventing contamination in the first place.

Comments may be submitted online or by mail (see sample letter below):

As always, please remember to personalize your comments! Form comments, such as those submitted through online petitions, carry very little weight. Even a couple of sentences in your own words, with or without our specific talking points added, make an impact.

I urge the USDA to establish fair standards that protect all U.S. growers. Co-existence is a meaningless concept if the burden continues to fall on the farmers who are trying to grow non-GMO crops.

Specifically, I urge the USDA to:

(1) Implement mandatory contamination prevention measures to protect non-GMO agriculture. The agency should establish mandatory practices to prevent GMO contamination, such as requiring farmers planting GMOs to use buffer zones, rather than placing that burden on non-GMO farmers. Those who choose to plant GMO crops should absorb the full costs of their actions.

(2) Stop allowing the planting if GMO crops whose pollen is easily spread long distances, such as alfalfa and sugar beets.

Read more about the widespread problems with contamination in FARFA’s legal brief to the Federal Circuit:
https://farmandranchfreedom.org/wp-content/uploads/2013/01/amici-curiae-brief-osgata-monsanto-august2011.pdf