Water is our most precious resource. As the drought of 2011 so painfully reminded us, our farmers and ranchers cannot survive without sufficient water for their crops and animals.

In 2011, Texas voters approved $6 billion for a revolving fund to loan money to local government entities for water infrastructure, without being subject to constitutional debt limitations. But no bonds have been issued under that program.

Now, just two years later, the legislature is asking voters to approve Proposition 6, to take $2 billion from the state’s emergency fund, known as the Rainy Day Fund, to help underwrite such loans.

Why the push for more funding before the last round has even been touched? Because the special interests that want to build and finance these water projects want better credit terms than the already favorable $6 billion revolving fund can offer them.

Some groups are endorsing Prop 6, saying that it will provide funding for rural water projects and conservation measures. Texas certainly needs such funding. Unfortunately, Prop 6 doesn’t accomplish that goal. The law would require that the Texas Water Development Board (TWDB) “undertake to apply” a certain percentage of the funds for rural water and conservation projects. In other words, it’s up to the political appointees on the TWDB, and there is no enforceable requirement. 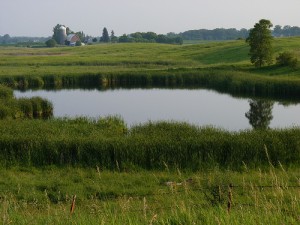 Texas does have a water crisis. We need a real conversation about population growth, development, and our priorities. Simply using tax dollars to provide favorable loans for water projects, which will most likely focus on increasing the water available for urban areas without considering the long-term consequences for agriculture, is not the answer.

Farm and Ranch Freedom Alliance urges its members to vote NO on Prop 6 during this election.

For more information, visit Independent Texans, at www.indytexans.com/vote-no-on-prop-6 or Empower Texans at www.empowertexans.com/features/proposition-6-drowning-us-in-debt